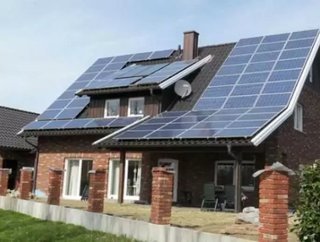 Another sign that the solar industry is booming, despite the politically charged attention surrounding the Solyndra scandal, is U.S. Bancorp (USB) ann...

Another sign that the solar industry is booming, despite the politically charged attention surrounding the Solyndra scandal, is U.S. Bancorp (USB) announcement to invest hundreds of millions this year into the solar market. As the nation's fifth largest bank, USB has invested some $680 million in renewable energy projects since 2008.

Though most of USB's past investments happened in 2011, the bank plans to increase its stake by 30 percent over the year, or approximately $440 million.

"Despite all the skepticism around Solyndra, Evergreen and a lot of legislative uncertainty, our financial institution is taking a very strong position [in renewable energy] and feel this is an excellent asset class," said director of renewable energy investments Van't Hof in an interview with the Wall Street Journal.

In essence, the market is becoming more and more ideal for consumers and investors, despite the Darwinian phase many solar panel makers are currently facing. US utility electric rates are on the rise, but the costs of installing solar systems and wind turbines continue to fall.

The market could experience another drastic change in upcoming months, depending on whether or not the Department of Commerce and the International Trade Commission impose new tariffs on cheap solar panels imported from China. However, companies could just turn to alternative suppliers with low-priced equipment from elsewhere, so it is unlikely to slow down investments and large scale projects.

"The market is telling us there's interest in securitizing these assets," Van't Hof told the Wall Street Journal. "It's only a matter of time until these [contracts] will be bundled and securitized."