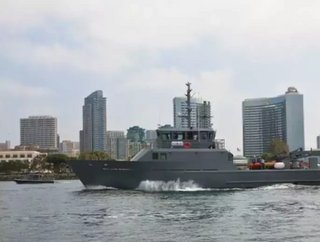 Launching its largest alternative fuel test in history, the US Navy's first biofuel powered ship completed a successful trip along California's coast this week. Next year, the Navy plans to unveil a number of small ships, destroyers, cruisers, aircraft, submarines and a carrier all running on alternative fuels. It will then deploy a “Great Green Fleet” of nuclear vessels, hybrid electric ships and other biofuel-powered aircraft by 2016.

The first tested ship ran on 20,000 gallons of algae-based fuel in a 17-hour trip from San Diego to Port Hueneme this Wednesday—a great sign for more to come. The blend used consisted of a 50-50 mix of petroleum and a hydro-processed algal oil, produced from Solazyme in San Francisco. But the Navy is working with many other companies as well with a wide ranging variety of alternative fuel options, all competing to win supplier bids with the Department of Energy's largest oil consumer.

With over $500 million invested in the biofuels industry, the Navy hopes to cut its use of fossil fuels in half over the next decade, according to Cmdr. James Goudreau, director of the Navy Energy Coordination Office.

“This demo, the largest to date, is a major milestone for us. More than 50 percent of our fuel goes to maritime use,” Assistant Secretary of the Navy Jackalyne Pfannenstiel told the Navy Times. “When this ship arrives in Port Hueneme, we will be a giant step closer to powering our Great Green Fleet and demonstrating progress toward a sustainable energy future."

Shortly after the ship docked, the Navy reported that the alternative fuel burned just like tradition fuel in the same engines, observing no difference in the ship's operations. Operationally, the Navy's largest demonstration of shipboard alternative fuel use was a huge success, reaffirming its overall energy strategy to increase energy security and protect the environment.