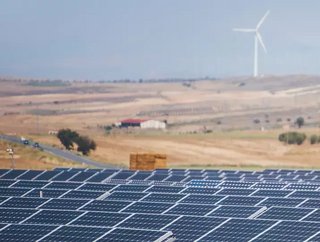 In the transaction arranged by USS Investment Management, the wholly-owned subsidiary and principal investment manager and advisor to the Scheme, USS has invested €225M (c.£200m) in return for the stake in a major pipeline of 4,000MW of PV farms. Bruc Energy has an ambitious growth plan that goes beyond this to invest in other green energies, such as wind power.

USS, which announced two weeks ago its aim to be net zero by 2050, already has a strong relationship with both OPTrust and Juan Bejar through Globalvia, a specialist infrastructure platform focussed on managing rail and highways assets around the world.

Spain’s sun-drenched climate and national target to reach 100% renewable-based generation by 2050 make it an attractive place to invest in solar energy. In addition, the decades long lifespan of solar PV panels make them well-suited to USS in helping pay members’ pensions long into the future.

USS Investment Management CEO, Simon Pilcher, said: “We are delighted to be committing further finance to renewables and particularly to a major Spanish solar platform like this. We have already invested or committed around £1 billion to renewable energy and demand for this will only increase as more and more countries transition to lower carbon. We know that our members care very much about climate change and ESG and we are convinced that USS playing its part in supporting the transition to a low carbon economy makes good financial sense, too. This announcement closely follows on from our stated ambition to become Net Zero by 2050 so this transaction and others like it will be a key plank of our strategy going forward.”

Gavin Merchant, Co-Head of Direct Equity, said: “We have worked alongside OPTrust and Juan Béjar for many years and are delighted to be making this investment. The long-term nature of solar and the steady returns make renewables attractive to a pension scheme needing to pay pensions for years to come.”

OPTrust’s Morgan McCormick, Managing Director, Private Markets Group UK said: “We are excited to have USS join Bruc Energy building on our strong existing relationship. Their investment will help Bruc become one of the leading renewable energy platforms in Spain. At OPTrust, we believe that investing in renewable energy helps transitions the world to a more sustainable economy. In doing so, we can continue to deliver on our mission of paying pensions today and preserving pensions for tomorrow.”

Béjar said the partnership is a key step to establishing Bruc as one of the more dynamic players in the renewables industry in Spain, because it ensures access to the funds to develop our current portfolio. "All three shareholders of Bruc Energy share a long-term vision, but also the ambition and the social responsibility to counter the effects of climate change in the short-term," he said.

Following the transaction, which remains subject to conditions, including regulatory approval, Bruc Energy will be owned 50% by USS and BROP, a vehicle owned by OPTrust and Béjar. The transaction was advised by Royal Bank of Canada (RBC), Greenhill and Nomura. Juan Béjar will be the president of Bruc Energy and Luis Venero the CEO.