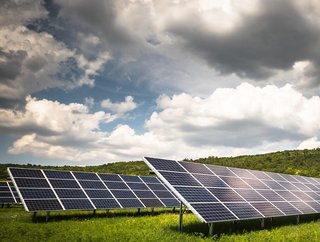 This year will see the acceleration of the construction of utility scale solar farms, according to AMA Research's Utility Scale Solar Farms Market Report UK 2022-2026.

As of Q1 2022, there are more than 30 projects which have a combined capacity of over 3GW, all of which have consent and are due to go on-site in the near future.

AMA Research’s editor of the Utility Scale Solar Farms Market Report, Abdul Tantouch, said not only is there a huge number of projects in the pipeline but individual sites are getting increasingly larger.

"Under the Feed in Tariff and Renewables Obligations subsidy programmes, most solar farms deployed were up to 5MWp in terms of installed capacity, although there were some very large individual projects of 30MWp up to around 70MWp," he said.

From 2022, very large solar farms of around 50MWp will be the norm, while construction of the first solar-mega farm, above 100MWp, is scheduled to start. In total, we estimate there is around 40GWp of utility-scale solar farm projects of 5MWp+ in the pipeline which includes many proposed developments of at least 100MWp rising to 600MWp."

The sector is drawing in considerable sums of private capital, primarily through solar funds listed on the London Stock Exchange and managed by renewables investment management companies such as Octopus Renewables, Bluefield Partners, Greencoat Capital and Foresight.

With increasing interest from both private and public sector organisations in increasing their sourcing of solar power, growth in deployment of utility scale solar PV capacity will be exponential.

When solar farms started appearing on the UK landscape after the launch of the Feed in Tariff in 2010, the larger ones were sited on farms with capacities up to 249 kWp.

Although the Renewables Obligation had been going since 2002 it wasn’t till 2014 that growth in solar farm capacity accelerated. However, the closure of the RO to solar PV a couple of years led to a quick decline in the rate of deployment. However, during those three years the size of solar farms increased, firstly to 5MW, then up to 50MW and finally as high as 70MW.

Currently, there are many proposed post-subsidy schemes in the pipeline as large as 600MW. The huge size of these is partly driven by economies of scale requirements. In 2020, the first solar mega-farm is to go on-site having got consent in May 2020; the 350MW Cleve Hill Solar Park in Kent.

Over the last 3 years there has been a large increase in the numbers of both solar farm investment vehicles and developer start-ups. From 2022, several of the big utilities companies will be rolling out 50MW+ sites including EDF, Scottish Power and SSE.

Nextracker has launched NX Horizon-XTR, a terrain-following, single-axis tracker designed to expand the addressable market of solar power on sites with sloped, uneven, and challenging terrain.

Savings in the millions attributable to reduced grading and shorter piles has been validated on select utility scale projects. Today over 15 NX Horizon-XTR sites are operational and dozens of additional projects are under design and construction in the US and abroad.

“There are some things you cannot out-engineer, and in my experience well-established topsoil is one of them. Deploying traditional trackers on sites with varied terrain has required extra earthwork and longer foundation piles, which increases project costs and adds risk.

"Earthwork is especially painful as it affects a solar project three times: first performing grading, next reseeding the exposed dirt, and later fixing the inevitable erosion & hydrology issues that come from the lack of well-vegetated topsoil. For Silicon Ranch, high-quality solar projects and being good stewards of the land go together, so conforming to the native ground contours with Horizon-XTR just makes sense.”