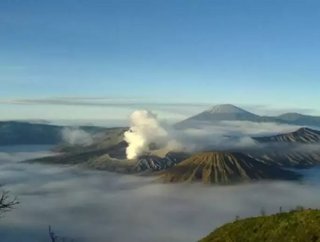 Here's a scary thought: scientists are testing the idea of pumping water into the sides of a dormant volcano in Oregon at pressures great enough t...

Here's a scary thought: scientists are testing the idea of pumping water into the sides of a dormant volcano in Oregon at pressures great enough to evoke small earthquakes. Why? Apparently, the boiling bowels beneath our feet hold tremendous promise for geothermal energy.

According to a report MIT submitted to the Department of Energy, two percent of the heat some six miles below the ground could provide 2,500 times as much energy as the country currently uses. With Enhanced Geothermal Systems , several million gallons of water are blasted at high pressures through artificial wells over 10,000 feet deep. When the water reaches the hot rocks, it returns to the surface through a second well as scalding hot water, where its heat can then be harvested for power.

Backed by the DOE, Google and others, AltaRock Energy and Davenport Newberry Holding have been exploring ways to tap geothermal energy from the Pacific Northwest volcano, and will put their knowledge to the test this summer at Oregon's Newberry Volcano.

But what about triggering earthquakes? The effects of pumping the water deep into the ground will be measured using sensors that will provide microseismicity data to scientists to ensure that the water is getting the right exposure and not triggering seismic activity.

Though it sounds similar to hydrofracking, scientists claim that the “hydroshearing” technique used in this scenario is entirely different, which will not pollute groundwater with toxic chemicals. The team working on the project will also be closely monitoring earthquake activity around sites like Newberry. Fortunatley, seismicity in the area AltaRock's engineers are scoping out is low and minus a fault line.