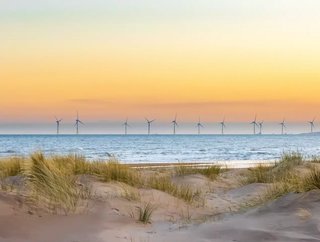 Renewable energy platform Vortex Energy has reached first close of US$200m for its new Vortex Energy IV fund which taps burgeoning global interest in the energy transition - and is targeting a fund size of US$750m within two years.

The fund is anchored by EFG Hermes and Abu Dhabi sovereign institutional investors and family offices, among others. Vortex Energy IV was established in Abu Dhabi Global Markets, where the team will be based and work alongside Vortex Energy's existing and growing team in London.

Since its 2015 launch, Vortex has been successfully pursuing renewable energy investments, completing the full cycle of investment and divestment of around 822MWs of wind and solar energy assets in Europe.

In September 2020, it completed the sale of its controlling and managing stake in Vortex Solar ("Vortex III"), a 365MW solar PV portfolio, acquired in 2017 from TerraForm Power, at an enterprise value of around £500m.

Industry dynamics and market sentiment are highly supportive of this ever growing asset class. In 2020 alone the renewables share of all annual power capacity additions reached 82% compared to 15% a decade earlier.

Karim Moussa, Head of Private Equity and Asset Management at EFG Hermes and CEO of Vortex Energy, said the global opportunity is clear and tangible, with renewable energy becoming mainstream.

"We expect with more net-zero policies and major decarbonising initiatives to see additions in renewable energy generation of c. 2 TW and investments of around US$3 trillion by 2030 globally," he said.

He added that it was confident that with its track record of deploying more than US$1.6 billion in European assets and returning double-digit IRRs, it will be able to grow a substantial asset base for fund investors.

Bakr Abdel-Wahab, CIO of Vortex Energy, said it is looking to support developers and independent power producers (IPPs) to reach their full potential, in addition to investing in operating assets in countries that offer attractive returns.

"The landscape is changing and energy transition investments are becoming more complex compared to traditional assets with long-term contracted cash-flow profiles. With our skill set and experience, I am confident that we have the tools in place to gain a further foothold in the industry," he said, adding it is eyeing a pipeline of deals and companies worth US$2 billion in Europe and US.

From 2018 to 2025, about 40 percent of annual global energy investments will be spent on renewables, according to McKinsey.

This translates into an investment of almost €300 billion - almost three times the investment in fossil-fuel generation. Another 40 percent of investments will be used to develop transmission, distribution, and storage infrastructure, and 6 percent will be spent on nuclear generation.

In Europe, most of the renewables investment will take place in France, Germany, Nordic countries, and the UK. The projects will be a mix of regulated and subsidy-free capacity in which generators are exposed to merchant price risk.

To make a successful transition to an industry with high financing needs and routine exposure to wholesale markets, the renewables sector will require financial expertise to complement its deep knowledge of the energy industry.

Large investments are required to reinforce or replace grid infrastructure, connect the grid to local renewable-power-generation resources, introduce a smart grid to accommodate small-scale residential and commercial energy generation, and develop an electric-vehicle-charging infrastructure, among other things.

The network of the future will allow a two-way flow of power to and from customers who are self-sufficient in power most of the time but take electricity from the grid when they need it.