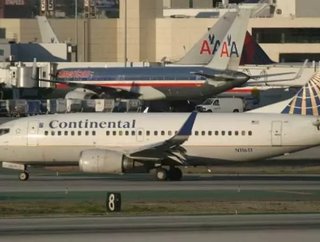 The airline industry feels oil price shocks just like the rest of us. However, airlines sell tickets weeks, even months in advance, and fluctuating oil...

The airline industry feels oil price shocks just like the rest of us.  However, airlines sell tickets weeks, even months in advance, and fluctuating oil prices can make it difficult to accurately forecast the future cost of a flight.  In search for a more stable solution over the ups and downs of the oil market, major U.S. airliners are in negotiations with Solena Fuels for use of the company’s waste biomass derived jet biofuel.

The negotiation is being spearheaded by American Airlines and United Continental Holdings, and other parties to the negotiations include Alaska Airlines, FedEx, JetBlue Airways, Southwest Airlines, US Airways and Frontier Airlines, as well as non-U.S. carriers Air Canada and Lufthansa.

The group of airliners has signed a letter of intent with Solena Fuels for use of the fuels created in the company’s biomass-to-liquids facility in Northern California.  The airliners plan to use the waste-derived jet biofuel in flights leaving Northern California cities such as San Francisco, Oakland and San Jose by 2015.

The fuel itself is made from 550,000 tons of recycled agricultural and urban waste.  Up to 16 million gallons of the jet biofuel will be produced at Solena Fuels’ every year, along with 14 million gallons of other energy products.

The commercial Aviation Alternative Fuels Initiative is also involved in the project, as well as the Air Transport Association (ATA).  President of the ATA Nicholas Calio believes that the initiative is a step “to stimulate competition in jet fuel production, contribute to the creation of green jobs, and promote energy security through economically viable alternatives that also demonstrate global and local environmental benefits.”