What a Government Shutdown Means for the Energy Sector 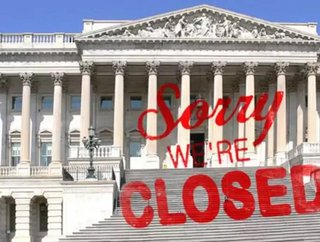 Written By: John Shimkus With democrats and republicans in congressional gridlock over the national budget, threats of a government shutdown are coming...

With democrats and republicans in congressional gridlock over the national budget, threats of a government shutdown are coming to a head. This will result in the shutdown of several crucial government agencies and services; however, government leaders assure that vital services will remain intact, such as the postal service and military security offices. But what about the energy sector?

In the 1995 government shutdown, the Department of Energy (DOE) shut down its Office of Energy Efficiency and Renewable Energy. This office is now a centerpiece in the current administration, and a shutdown could stall several energy initiatives bolstered over the last few years.

A document dated 1999—but the most current of the DOE’s shutdown plans—outlines that the department will close all offices except those related to national security matters. Grants, contracts, cooperative agreements, small purchases and scholarships would all be suspended. Any contracting paperwork, loan guarantees, and business deadlines currently in the works would all be in jeopardy. Essentially, if you are an energy company with government contracts, patent or trademarks in the works, be prepared for a rough couple of weeks (or potentially longer) if this shutdown occurs.

One would assume that in such an uncertain time in the United States’ energy security—especially considering the current oil market—that the DOE would relate energy security to national security and maintain its energy sector activities. Unfortunately, this doesn’t seem to be the case. Last week DOE Secretary Steven Chu announced that DOE energy patents would even be made widely available for private licensing at a discounted rate through the DOE’s new “America’s Next Top Energy Innovator” challenge, but this too will likely be put on pause in the government shutdown. Come on politicians… I’m pretty sure our tax dollars are paying you to work things out and come to some kind of consensus, not bicker to the point of walking away like a bunch of schoolyard children!