What will come of the new SSE and Pacifico partnership? 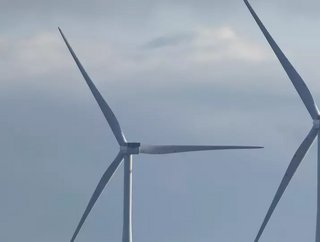 A partnership between the Australia-based company, SSE Renewables, and Pacifico Energy, a Japanese energy company, has been established to manage a new organisation. SSE will acquire an 80% stake in Pacifico’s offshore wind development platform, which will be managed by the new business. As part of the change, employees from both companies will be transferred to the new firm, which will manage the offshore wind project.

The new company will take on many early-stage offshore wind projects, across Japanese waters, that will support varied energy generation capacities. The projects will benefit from the installations of both fixed and floating technologies. SSE Renewables hopes to diversify its portfolio long-term with further options that could come from the agreement and the overarching goal of the venture is to develop a combined portfolio of 10GW of early-stage developments.

‘We want to help realise Japan’s renewables ambitions and be a significant part of their offshore wind plans during the decades ahead, and we’re looking forward to working with the new team, as well as with local communities and other stakeholders to realise the benefits of the offshore wind industry’, says Jim Smith, Managing Director at SSE Renewables. ‘This is an exciting period for SSE as it continues to grow and deliver its low-carbon electricity infrastructure strategy, including a trebling of our renewables output by 2030’.

SSE Renewables is no stranger to combining forces. Previously, it combined two offshore wind projects in Scotland to create one ‘super’ project with a potential output of around 4.1GW—a positive contribution to the countries aim of net-zero status and 10GW of energy generation by 2030.