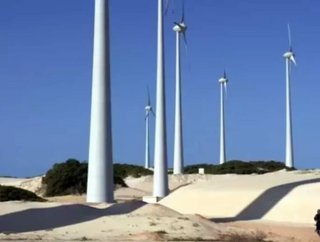 Under Brazil's new energy expansion plans, the government plans to boost wind power capacity to 11.5 GW by 2020 up from today's 1.5 GW level. The plan is so aggressive that wind farms may topple natural gas thermal plants, becoming the country's second largest power generation source in the next five years, second only to hydroelectric power, according to Greenpeace.

"Right now the majority of the thermal power plants are running on natural gas, accounting for five percent of generation, though there is a small percentage of oil and diesel, accounting for four percent and coal for 1.8 percent," Ricardo Baitelo, Greenpeace's renewable energy campaign coordinator in São Paulo, explains to Renewable Energy World. "But the government doesn't want to build more fuel-powered plants after 2015 as oil and biodiesel are more expensive to import and more polluting."

Is the EPA a 'Jobs Killer'?

Industry leaders are anxious for the expected upcoming auctions that will install a minimum of 6 GW of capacity by 2015. With incentives from the government, the production price will also significantly decrease. Building a wind power plant in Brazil is now 70 percent cheaper than it was seven years ago, according to Brazilian Windpower Association CEO Elbia Melo.

Melo believes Brazil is the world's most coveted wind power market, telling Renewable Energy World, “China purchases everything it needs to build its own farms domestically while India buys from China, so European and US developers are left with Brazil as the only real viable market.”

Furthermore, wind power is seen in a more positive light compared to hydropower projects, which cut through the Amazon rain forest, hurting its ecosystem and indigenous populations.

As a cheap source of power that will bring good power prices to consumers, Brazil's wind power market has incredible promise. But with recent price drops in solar as well, it is expected that many other large-scale renewable energy schemes will take off in the next year.