Wind industry is on the move 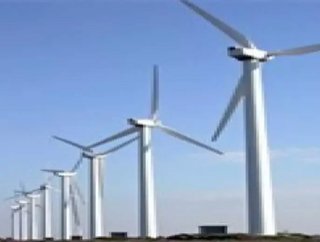 The global wind energy sector is taking off. Installed wind power worldwide raced past the threshold of 100,000 MW in the course of the year with an in...

The global wind energy sector is taking off.

Installed wind power worldwide raced past the threshold of 100,000 MW in the course of the year with an installed capacity estimated at 120,823.5 MW worldwide, according to a recently released report titled "The Wind Power Barometer".

"The world has never known an energy sector to develop so quickly," says the Euro Observer in the report.

Europe still represents the major part of the total installed capacity (54.6% in 2008) ahead of North America and Asia.

The United States, considered the great pioneers in the wind energy sector at the start of the 1980s, together with Denmark, who remained the leaders in the world wind energy market in 2008.

According to the American Wind Energy Association (AWEA), the country installed 8,358 MW during 2008 (5,244 MWin 2007) bringing its capacity to 25,170 MW. This capacity corresponds to the power supply for almost 7 million American homes. But, the upward trend of the North-American market could be affected this year by the financial crisis, which may delay financing for a certain number of projects.

Chinese potential
The Chinese market is extremely promising and could become the leading market for wind energy in the very near future. According to the Global Wind Energy Council (GWEC), 6,300MW were installed in 2008 as compared to 3,304MW in 2007 and 1,347MW in 2006.

Market growth seems to have been somewhat slower in India (+ 14.3%, to 1,800 MW in 2008) but there is still enormous potential in this country. India already has a first class wind energy industry and is fully capable of joining the wind energy superpowers very shortly.

The European Union market shows a slight fall in growth according to initial estimates, mainly explained by a large drop in the Spanish market and a stagnant German market.

However, the EU market is now more diverse and still includes seven countries in the global top ten for installed capacity. It still represents 53.8% of the wind energy installed worldwide.

The currently favorable situation of the European players could soon be overturned, however, by a robust market entry of Chinese companies. China, which was absent from the rankings until recently, had two companies, Goldwind and Sinovel, in the top 10 wind turbine manufacturers.

China now counts a total of 18 manufacturers with projects at various stages of completion, and may rapidly become the leading world wind turbine manufacturer with a production capacity of 10,000 MW.

A PDF version of the report is available for free download at: http://www.eurobserv-er.org/downloads.asp