Winds of change: Connecting offshore wind to the grid 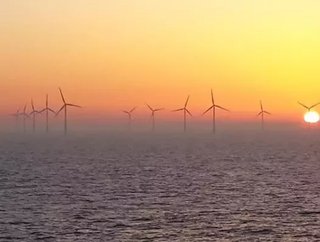 Steve Scrimshaw, CEO at Siemens Energy UK & Ireland, outlines how UK offshore wind is at a pivotal moment as a new Contracts for Difference round opens

The fourth round of the UK Government’s Contracts for Difference (CfD) auction scheme, designed to increase investment in low-carbon energy, has opened, aiming to support 12GW of new generation capacity.

It will provide £285m of support annually to low-carbon energy generation, which the Department for Business, Energy, and Industrial Strategy (BEIS) describes as the largest package to date under the scheme.

The competitive nature of the CfD scheme has been hugely successful in driving the deployment of renewable energy across the UK whilst rapidly reducing costs. The scheme’s design has led to the price per unit of offshore wind falling by around 65% between the first allocation round (AR) in 2015 and the third in 2019.

Most of the funding will be made available for offshore wind. This is vital if Britain is to meet its commitment for 40GW of offshore wind by 2030.

Having pioneered offshore wind for more than two decades, Britain is now a world leader, and our skills are in demand all over the world. But this is at a pivotal moment as it aims to get from the current 12GW of offshore wind energy production to 40GW by 2030. An audacious target, given it has taken 20 years to get to the current 12GW!

To achieve this aim, the government needs to commit to increasing the frequency of CfDs to ensure a pipeline of projects, certainty of jobs, and investment in local content.

It will also require critical reforms in policy, permitting and transmission, as well as a significant manufacturing and construction effort at a time when other countries globally are ramping up their offshore wind activities and competing for resources.

HVDC is the most efficient way of transporting large volumes of electricity over long distances to join onshore networks, and this appointment will provide the local supply chain with an opportunity to begin engaging to explore the huge opportunities on offer at what will be one of the largest offshore zones in the world.

Siemens Energy is a global market leader in connecting offshore wind to the grid. Using our state-of-the-art Offshore Transformer Module (OTM) technology, we continue to innovate and find ways to drive down costs for developers worldwide while meeting the energy demands of the future.

Indeed, we have a strong record on local projects that have helped connect rapidly growing renewable energy generation across the north of Scotland to the National Grid, spending around £200 million with local suppliers on renewable and transmission projects in the last five years.

Development consent in the latest CfD round has also been approved for Moray West. The offshore wind farm in the outer Moray Firth, has selected Siemens Energy/lemants consortium for the supply of the project’s two offshore substation platforms and Siemens Energy will also provide the onshore substation, replicating the work we’ve just completed at Moray East.

But the thing we’re really proud of here, is that with our partner Iemants, we’re going to bring assembly and fit out of the OTM back to the north east helping to get the project towards the 60% local UK content outlined in the Offshore Wind Sector Deal.

Ensuring local content is something we’re passionate about. We’re also working with customers in Scotland on the Scotwind leasing round for the seabed in Scottish waters for the next commercial-scale offshore wind developments.

These future projects in Scotland will take offshore wind to the next level and will look at how hydrogen electrolysers could be embedded into the projects to create green hydrogen.

These significant investments are an excellent example of how Britain’s transition to a low carbon economy can attract new industries, create jobs, reduce our reliance on fossil fuels and generate export opportunities to come back greener from the pandemic.

As the UK steps up building a secure home-grown renewable energy sector and reducing its reliance on fossil fuels and exposure to volatility in global wholesale energy prices, the capacity for using clean, domestic offshore wind to help power the country is set to accelerate in the next decade.

The UK has one big advantage in achieving this aim. We have the best resource and possibly one of the best geographies for offshore wind in the world – we are an island nation, and we have the North Sea, which is shallow and has great wind speeds.

Britain has built the offshore windfarm industry from scratch. In the early days of offshore wind, our main challenges were proving the concept and bringing costs down. This technology is now established - offshore wind is already the UK’s leading renewable generation source and our skills are in demand all over the world. In twenty years, the UK offshore wind industry has burgeoned from two relatively small turbines off the coast of Blyth to over 2,200 turbines dotted along the UK continental shelf.

This is an exciting and important moment for offshore wind in the UK, and we are excited to be part of the journey to decarbonise the world. We should be proud of these achievements but there is still work to be done.