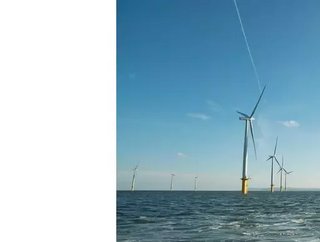 EDF Renewables, EIH S.à r.l and wpd launch construction of the Calvados offshore wind farm at Courseulles-sur-Mer which aims to open in 2024...

Work is underway on the 448MW Calvados offshore wind project at Courseulles-sur-Mer, which aims to open in 2024.

Upon its commissioning, scheduled for 2024, it will generate the equivalent of the annual electricity consumption of 630,000 people, or over 90% of the Calvados French department's population.

The three and a half-year construction project will create over 1,000 direct jobs in Normandy and will contribute to the development of the French's offshore wind industry.

The project's wind turbines will be manufactured in Le Havre at Siemens Gamesa Renewable Energy's Quai Joannes Couvert plant, which is currently under construction.

Upon commissioning scheduled in the first half of 2022, a total of 750 direct and indirect jobs will have been created. The plant will also manufacture the 71 wind turbines for the Fécamp offshore wind farm awarded to the same consortium, which construction began in June 2020.

The wind turbines will be assembled at the Port of Le Havre, then shipped to the installation site, and offshore construction is due to start next year.

RTE, which is responsible for connecting the wind farm from the offshore sub-station to Normandy's electricity grid, will commence its onshore work in March.

The consortium has now signed its main supply agreements with:

During its service life, maintenance of the wind farm will create approximately 100 sustainable local jobs based at the port of Caen-Ouistreham.

"In parallel, we continue to progress the development of the Dunkerque wind farm, the fourth projects awarded to us of the seven attributed by the French government," he said. "Offshore wind energy is an integral part of EDF's strategy, which has recently been enhanced and now aims to more than double its net renewable energy capacity worldwide from 28 to 60 GW between 2015 and 2030."

Matthew Akman, Senior Vice President, Strategy and Power, Enbridge added Enbridge is investing in renewable power projects that support the transition to a lower-carbon economy and are aligned with its low-risk investment approach.

Achim Berge Olsen, Executive Director of the wpd AG Group and Chairman and CEO of wpd offshore France, said beyond the industrial opportunities created by this project, the Calvados park anchors the sustainability of offshore wind in the French energy mix. "It also paves the way for future projects that will emerge off the French coast in the coming years, for which wpd intends to continue to play a major role."