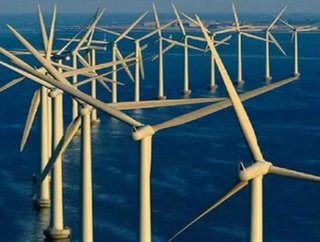 The 1 billion pound ($1.58 billion) Walney wind farm opened off the Cumbrian Coast in Britain Thursday, claiming the title as the world&#39;s biggest...

The 1 billion pound ($1.58 billion) Walney wind farm opened off the Cumbrian Coast in Britain Thursday, claiming the title as the world's biggest offshore wind farm. The companies behind the project, including DONG Energy, SSE and OPW, reported that it will supply up to 320,000 households with renewable power per year.

Currently, Britain has over 1.5 GW of installed offshore wind power, but plans on raising its capacity to 18 GW by 2020 and bringing its current wind energy generating price of 150 pounds/MW to 110 pounds/MW in order to reach that target.

"We want to industrialise the way we produce offshore wind farms, by doing them not project by project but at a continuous pace," Dong's chief executive Anders Eldrup told Reuters. "We support the principle of the feed-in tariff system...as it gives more clarity to investors, making it easier to bring pension money into projects like this."

The government's subsidies for offshore wind farms will be available through 2015 and then significantly cut thereafter. Others argue that the government should cut the subsidies in a difficult economic climate or invest in more efficient forms of renewable energy.