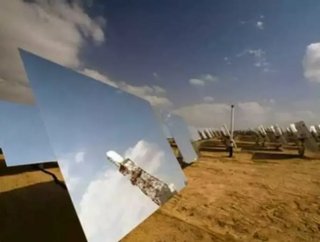 Today, BrightSource Energy and Southern California Edison added storage capabilities to three of their power purchase agreements, which collectively represent the largest solar storage deal in the world and mark a fundamental shift in the utility-scale solar market.

With these agreements, utilities are now explicitly placing a higher value on resources – like solar thermal with storage – that provide cost-competitive, reliable and dispatchable power to meet peak demand.

By adding storage to its solar thermal power plants, BrightSource is able to further reduce the total cost of energy by increasing its capacity factor - how much power a plant produces over a year – extending the production of electricity into later parts of the day when it is most needed by utilities.

“With these agreements, we’re demonstrating that power tower technology is not only advancing the solar thermal industry, but that utility-scale solar generation can be both cost effective and reliable,” said John Woolard, President and CEO of BrightSource Energy.  “We’re thrilled to offer Southern California Edison a solution that provides higher value for its customers, while supporting a more reliable and stable grid for all Californians.”

Recent studies[i] by the National Renewable Energy Laboratory point to the high value of concentrating solar thermal power technologies with storage. This added value is a result of the resource’s unique capabilities including:

- Providing firm capacity to the power system; replacing the need for conventional power plants as opposed to just supplementing their outputâ€¨

- Avoiding the variability and integration costs that other renewable resources like photovoltaics (PV) and wind create for utilities and grid operators; reducing the need for additional fossil fuel units required to back up intermittent renewables that put a hidden financial burden on ratepayers

"Energy storage improves the overall efficiency of our electric power system which will lower costs for consumers," said Assembly Member Nancy Skinner (D – Berkeley), author of the bill. "The Assembly's passage of AB 2514 is another step that advances California's clean energy economy and represents a great economic opportunity for the State."

A BrightSource power tower solar thermal system uses a field of software-controlled mirrors called heliostats to reflect the sun’s energy to a boiler atop a tower to produce high temperature and high pressure steam. The steam is used to turn a highly efficient steam turbine to produce electricity. When storage is added, the steam is directed to a heat exchanger, where molten salts are further heated to a higher temperature, thus efficiently storing the heat energy for future use. Later, when the energy in storage is needed, the heat stored in the molten salts is used to generate steam to run the turbine.

The new set of contracts, if approved by the California Public Utilities Commission, now consist of two BrightSource  solar thermal plants scheduled to deliver electricity in 2015 and three BrightSource plants with energy storage scheduled to deliver electricity in 2016 and 2017. In addition, BrightSource and its partners – NRG Energy, Google and Bechtel - are currently constructing a 126 megawatt plant for Southern California Edison at the Ivanpah solar project in southeast California.