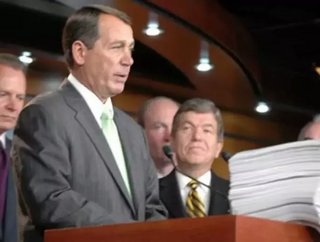 As the U.S. government flounders over how to cut spending and balance the budget, the House of Representatives has at least approved the funds for ener...

As the U.S. government flounders over how to cut spending and balance the budget, the House of Representatives has at least approved the funds for energy spending.  $30.6 billion in funds has been approved for the Department of Energy and other energy developments--$6 billion less than what President Obama had originally proposed.  The House also voted to ban spending money to enforce the light bulb efficiency standard that was signed into law four years ago in what is being dubbed a ‘Stay of Execution.’

The efficiency standard sought to implement sales of light bulbs that use at least 28 percent less electricity than standard incandescent bulbs.  The measure was part of the Energy Independence and Security Act of 2007.  The phase out of “energy wasting” bulbs was to begin in 2012 with the removal of 100-watt incandescent bulbs from the market nationwide.  The 60-watt incandescent light bulb—the most popular bulb on the market—was slated to be discontinued in 2014.

With no government funds going to support or enforce the light bulb efficiency standard, it’s almost as if it were never instated in the first place.  The White House argues that cutting $6 billion from the original proposed budget would jeopardize economic growth, job creation and clean energy.

The legislation will also redirect $1 billion in funds from proposed high-speed rail projects to flood relief along the Mississippi and Missouri Rivers.  $491 million is being cut from renewable energy spending.