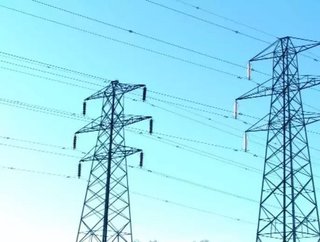 View this article in our digital reader As 2012 came to a close, two pivotal events left an enormous impact on the utility industry. While the reelect...

View this article in our digital reader

As 2012 came to a close, two pivotal events left an enormous impact on the utility industry. While the reelection of President Obama guarantees that the EPA will continue to pressure utilities about reducing emissions, Superstorm Sandy made the nation wary of their ability to withstand and respond to weather catastrophes after 10 million people went without power across the Northeast.

“Fortunately, these challenges come at a time of historic opportunity for the industry. During the past few years, an unprecedented convergence of low costs of capital and pent-up infrastructure demand easing rate pressures have created ideal conditions for building the electric and gas utilities of the future,” states a recent report from consulting firm Booz & Company.

The report warns, however, that these opportunities won't last forever and that executives must act quickly to make sense of the “long-term factors that will influence returns over the next several decades.” Now is the time to invest in electrical systems that will pay off well into the future. Choosing the right investments will be critical amid the vast technological options and shifting regulatory policies that complicate decision-making in the today's world.

“This year, utilities have a once-in-a-generation opportunity to build new infrastructure that will drive better performance and returns for decades. They should take advantage of this opportunity now, before conditions change,” states the report.

Through 2020, capital expenditure requirements are expected to exceed $100 billion across the industry, a 100 percent increase since the early 2000s. The need to upgrade infrastructure that dates back up to 40 years is at an all time high. The good news is that the currently rock-bottom interest rates have reduced the cost of raising capital needed to rebuild much of that infrastructure. The low price of natural gas is also leaving many utilities with headroom to invest in bigger infrastructure projects.

As executives begin deciding how to allocate capital in the upcoming years, Booz & Company's advice is to beware of a range of political, economic and technological variables:

“...investments must strengthen the core capabilities of the company, while taking full advantage of the technical advances that are transforming every aspect of the utility industry. At the same time, they must dovetail with, or at least avoid conflicting with, the priorities of regulators and elected officials who establish the return on these investments in their role as the steward of customer rates. Finally, capital invested today must position the company for future industry cycles, when electricity demand and natural gas prices are likely to be much higher than they are today.”

Political power shifts across the nation will always influence the industry, as elected officials vary in regulatory preferences from state to state. Although utilities face regulatory uncertainty, moving towards more sustainable options of electricity generation is a sure bet, so long as it can be done affordably. Despite criticism of the high costs of “greener” options, the country has seen a surge of investment in renewable fuel technologies.

Recent events such as the failure of the nuclear power-plant in Japan and Hurricane Sandy have eased much of that skepticism and regulators have been forced to refocus on “providing electricity safely, reliably, and affordably,” states the report. “Superstorm Sandy could be the catalyst for wider deployment of upgrades to the grid—by demonstrating the need for technology that could help restore power more quickly by providing better information to field crews during mass outages.”

Although a dramatic boost in the US economy isn't likely in 2013, the report warns executives not to get too comfortable with currently sluggish conditions. Now is an ideal time to take advantage of historically low interest rates and natural gas prices, which could drastically rise in the foreseeable future. At the same time, long term investments in infrastructure should “enhance the core performance capabilities that generate strong returns in any economic or pricing environment.” That means taking into account the various new digital technologies available for building stronger, more intelligent systems.

As utilities begin to reshape infrastructure of the 21st-century, industry leaders are under immense pressure to essentially predict the future, which could be as much of a burden as it is an opportunity for great gains for both the companies involved and the country as a whole.