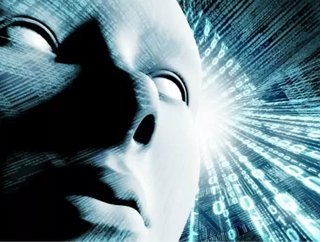 [email protected] Make sure to check out the latest issue of Energy Digital magazine By Jenny Wadlow One of the technologies that will have the bigg...

One of the technologies that will have the biggest impact on humanity over the next few hundred years will undoubtedly be artificial intelligence. Not only will AI bring about huge widespread changes, but it will change the world in ways that you probably would never expect. In fact AI might well even be the solution to our energy crisis.

The nature of AI

Generally when people think of AI, they will tend to think of it as being human-like, with the aim of acting like a human being and possibly even developing free-will in Terminator style.

But of course that's not the purpose of most AI – rather most AI is context specific. It is intelligence designed to perform a particular task whether that's in a computer game, or whether it's driving a car or something similar.

The first way that AI will help us to save energy then will be by controlling our machinery and equipment in a way that is more efficient and more precise than the way we do it.

Examples of efficiency through AI

Take for instance the example of 3D printing and digital manufacturing. Previously this was accomplished by machines that were controlled by people and as such errors would be inevitability and the cutting would often result in wasted energy and wasted materials. Now that every aspect is handled by a smart computer though, each line is absolutely precise and steady and there is the absolute minimum amount of waste material produced as a result.

Another example of technology being used in this way is self-driving cars. Google have demonstrated that self-driving cars are now a possibility and that they will be able to cross various types of terrain and even cause fewer accidents compared with vehicles driven by others.

It's no push to think that such cars would also save energy by driving in straighter lines and taking more efficient routes to get to their destination. In the future we might all drive cars that control themselves, and those cars might well be able to communicate with one another in order to get information regarding traffic. No more traffic jams…

Of course Google's self-driving cars may seem a little way off right now, but then many of us will already own vehicles that can park themselves. Don't you think they're probably better at parking efficiently than you are?

Even at the most basic level, algorithms that run our lighting and heating can help us to save energy by coming on and off at precise times. If AI controls your lighting, there's no risk of you ever forgetting to turn it off yourself. This also gives us much more data to work with so that we can stick within a precise budget.

The future of AI

As we move further in the future though, AI is going to play a larger and larger role in controlling our devices and other aspects of our lives. And all the machinery that we already rely on will generally just get smarter meaning that it can complete tasks like washing clothes in a way that uses less energy (by weighing the clothes for instance and seeing which material they're made of).

More to the point though, it will also take over some of our jobs entirely. In the future robots will be able to handle all kinds of work, and will even be able to aid researchers in coming up with new theories.

Something that many science fiction writers and futurists will often talk about is a concept called the 'singularity'. This is the conceptual point in time at which technology gets so advanced that it ends up gaining momentum of its own accord. Once artificial intelligence exists, along with the computer power necessary to power huge equations and handle truly 'big' data, then we might start to see machines making breakthroughs of their own and teaching us new things.

It may be that once we get to this point, artificial intelligence could actually tell us how to solve our energy problems. It might well be a computer that comes up with a source of infinite power.

Author Bio: Jenny Wadlow, the author of this post, is a freelance blogger and writer. She is currently working with Shine On Solar, who are experts in solar panels, installations and power systems. You can follow here on Twitter on @JennyWadlow.