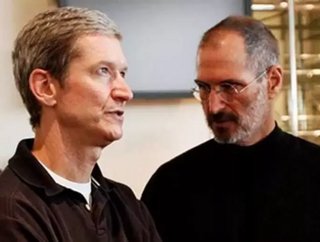 Well its official, Steve Jobs is no longer the CEO of Apple, Inc. The Silicon Valley titan who spent 14 years heading the company he cofounded has step...

Well it’s official, Steve Jobs is no longer the CEO of Apple, Inc.  The Silicon Valley titan who spent 14 years heading the company he cofounded has stepped down from the post, acknowledging his inability to continue fulfilling the position’s responsibilities. "I have always said if there ever came a day when I could no longer meet my duties and expectations as Apple's CEO, I would be the first to let you know. Unfortunately, that day has come," Jobs wrote in his resignation letter.  But now that Jobs is stepping down, will his successor Tim Cook be able to green the company’s image the way Jobs did?

In a short report written by Jobs himself and posted on Apple’s website, Jobs acknowledged the company’s lack of communication in regard to its efforts to become more environmentally friendly.  Along with outlining how the company has worked to reduce or remove completely toxic chemicals such as lead, arsenic, mercury and others from its products, Apple’s eWaste program has recycled over 130 million pounds of electronic waste since 1994.

Jobs has been an integral component in Apple’s implementation of such environmentally friendly upgrades to its product line and business model.  The company’s computers have become significantly more compact and recyclable since Jobs took over the position of CEO 14 years ago.  For example, since 1998, the company’s iMac computer has shed 60 percent of its weight.  The computer now uses aircraft-grade aluminum, stainless steel and high-grade plastics that are in high demand by recycling companies.  Apple just recently announced that it will collect and properly recycle iPads, iPhones, laptops and desktops for free (even PCs!).

Jobs’ exceptional candor and openness in the way he conducts business is expressed in his statement, “I hope you are as delighted as I was when I first learned how far along Apple actually is in removing toxic chemicals from its products and recycling its older products. We apologize for leaving you in the dark for this long. Apple is already a leader in innovation and engineering, and we are applying these same talents to become an environmental leader. Based on our tangible actions and results over time, hopefully our customers, employees, shareholders and professional colleagues will all feel proud of our ongoing efforts to become a greener Apple.”

Speculation assumes that Jobs’ decision to step down as CEO is the result of his questionable health.  A pancreatic cancer survivor, Jobs has been on medical leave for an undisclosed condition since January 17, 2011.  He only emerged briefly in March to release the latest iPad and once later to attend a technology leaders dinner hosted by President Barack Obama.

So will the new Apple CEO Tim Cook be able to continue Apple’s success and emergence as a green leader in the IT industry?  He was hand selected by Steve Jobs when hired in 1998 to serve as Senior Vice President for Worldwide Operations.  He is credited for his role in closing Apple’s manufacturing arm, which reduced the company’s inventory and streamlined its supply chain, increasing margins drastically.  Cook was promoted to COO in 2007 and actually served brief stints as CEO in 2004 while Steve Jobs was recovering from pancreatic cancer surgery, and again in 2009 when Jobs had a liver transplant.  He has been fulfilling most of Jobs’ duties throughout 2011 while Jobs has been away on sick leave.  My best guess is that Cook will guide Apple down a continual path of success, and with Jobs now taking up the position of Apple’s chairman, a little friendly advice from the expert is only a phone call away.