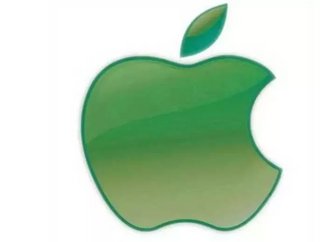 Apple Inc. announced its 500,00 square foot data center in Maiden, North Carolina, will be powered solely by renewable energy by the end of the year...

Apple Inc. announced its 500,00 square foot data center in Maiden, North Carolina, will be powered solely by renewable energy by the end of the year.

Protests organized by Greenpeace outside the company's headquarters in Cupertino, California, have been criticizing the company for its overuse of coal. Apple's CFO Peter Oppenheimer, however, says that all three of the company's data centers will be off the dirty fuel by next year.

“We are leading the industry,” he said in an interview. “All three of our data centers will be coal free, which is an industry first for anybody of our size.”

The company provided more details today regarding its plans, announcing that it is finishing the purchase of a 150 acre site where fuel cells and a solar farm will power 60 percent of the Maiden facility's total electricity. The remaining 40 percent will be gathered from renewable energy providers locally.

The facility in California won't generate its own energy on-site, but it will use renewable sources by February 2013, while the Oregon facility will open using only renewable energy soon, according to Oppenheimer.

Greenpeace's report last month pointed to Apple, Amazon.com Inc and Twitter for not using enough clean energy. Google Inc., Yahoo! Inc. and Facebook Inc., also under fire from Greenpeace not too long ago, were given better grades.

In the technological age we live in, many forget that with a bourgeoning population comes an exponentially burdening demand for energy. Fifty years ago, the average household had a few basic appliances and one television to power. Today, the average household with the same amount of people requires three to four times as much energy, making the steps these data driven giants take now more critical.

“Apple’s announcement today is a great sign that Apple is taking seriously the hundreds of thousands of its customers who have asked for an iCloud powered by clean energy, not dirty coal,” Gary Cook, an analyst at Greenpeace International, said in a statement.