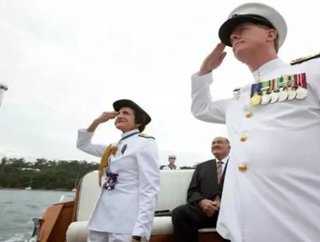 The Royal Australian Navy recently signed an agreement with the US Navy to explore the use of alternative fuels in a quest to reduce their dependency...

The Royal Australian Navy recently signed an agreement with the US Navy to explore the use of alternative fuels in a quest to reduce their dependency on foreign fossil fuels.

A Statement of Cooperation, signed by Australia’s Chief of Navy, Vice Admiral Ray Griggs, AO, CSC, RAN and the US Secretary for Navy, Ray Mabus, recognized the benefits of alternative fuels and the importance of the project in terms of national security.

The RAN’s Fleet Commander, Rear Admiral Tim Barrett, AM, CSC, RAN described the project as having enormous potential at the signing ceremony on board the US aircraft carrier USS Nimitz on July 19th.

“All of us have a responsibility to be more environmentally aware,” he said. “As things stand today, biofuel remains too costly to use across our fleet. However, this project could lead to a cheaper alternative fuel.”

The US Navy has embarked on an ambitious plan to deploy a fleet of warships powered by alternative fuels by 2016, deemed the 'Great Green Fleet.' The initiative has been touted as one of the most effective moves to jumpstart the use of renewable energy in the US military and reduce its dependence on fossil fuels, which would, in turn, have similar effects on the larger economy.

“We are too dependent on either potentially or actually volatile places on earth to get our energy,” Mabus said in an interview with Renewable Energy World. “Now we’re susceptible to supply shocks and even if we’ve got enough, we’re susceptible to price shocks... when the Libya situation started and the price of oil went up $40 a barrel, that was almost a billion dollars additional fuel bill for the U.S. Navy.”

Along with the Air Force and Army, the Navy has tested and certified a number of ships and warplanes as biofuel compatible to run on a drop-in blend of conventional oil and green fuel that does not require engine modifications. With over $500 million invested in the biofuels industry, the Navy hopes to cut its use of fossil fuels in half over the next decade.