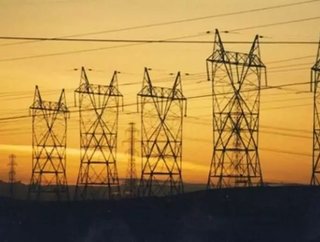 SEA Media Release The Sustainable EnergyAssociation of Australia (SEA) has welcomed the Chamber of Commerce and Industry WApaper(CCI) on the future o...

The Sustainable Energy Association of Australia (SEA) has welcomed the Chamber of Commerce and Industry WA paper (CCI) on the future of the State’s electricity sector which urges the WA government to speed up energy market reform to allow market competition and consumer choice.

SEA agrees with CCI that an open, transparent and competitive market is the best means of achieving secure, affordable and efficient supply of electricity. Such reforms will facilitate investment in efficient electricity generation, drive efficiency and innovation through retail choice and incentivise energy efficiency.

“Energy market reforms leading to the disaggregation of Western Power in 2006 were strongly supported by industry to create a competitive market, and those reforms are not yet complete,” says SEA chief adviser Professor Ray Wills.

The reform process has to date achieved some important successes with $2 billion of private investment in electricity generation, greater security of supply, and a competitive market opened to medium and large size businesses allowing choice in electricity retailer and competitive electricity pricing.

“Monopoly operations anywhere are a barrier to developing a free market with competitive pricing and innovative new products - for the benefits of electricity reform to flow to small business and to residential consumers the reform process needs to continue and bring about full retail contestability,” says Prof Wills.

A shift to lower emissions electricity generation through the renewable energy target, including wind and solar power, has made a relatively small contribution to price rises, but no consideration has been made of the balancing that has now been reported by utilities across Australia, and evident reduction in growth requirements on the main contributors to price increases, meaning fewer upgrades to poles and wires, improved electricity quality and reliability, and avoiding the need for investment in new fossil-fuel based generation.

“On-going electricity price reform is eliminating mechanisms that led to subsidies for the use of fossil fuel in the generation of electricity, and an absence of cost reflective pricing that has perversely inhibited the take up of renewable energy in Western Australia,” says Prof. Wills

Similarly, SEA is concerned that the rate of change in the electricity market around Australia including WA is not informing plans for large infrastructure spend.

“Decline in electricity consumption is being witnessed across Australia as increasing energy efficiency in homes and businesses combines with domestic and business consumer reaction to price rises bringing behavioural change reducing electricity use, and supported by massive growth in roof-top solar generation of electricity dropping on-grid consumption by households means this decline will continue,” says Prof Wills.

“Decisions on increasing levels of public investment in electricity infrastructure are being driven by assumptions that increasing consumption patterns requires more investment to keep pace with demand, assumptions that are clearly flawed based on data from around Australia and around the world,” says Prof Wills.