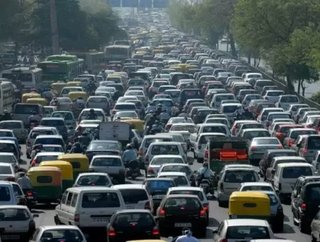 Eight of the largest development banks announced Wednesday they will invest $175 billion over the next decade to support low-emission transportation p...

Eight of the largest development banks announced Wednesday they will invest $175 billion over the next decade to support low-emission transportation programs in rapidly growing areas like Asia, Latin America and Africa.

Sustainable transportation, a focal point of the UN's development agenda at Rio+20, will be critical for these areas as cities brace for population growth of 1 billion people over the next 20 years. To prevent patterns of urban sprawl and congestion, the bourgeoning population will require new transportation systems.

Solving the World Food Crisis with Salt and Sunlight

More people driving in developing countries will result in lost time and higher transportation costs if the transportation remains inefficient. It will also become the largest emitter of greenhouse gases in the world, accounting for 46 percent of global emissions by 2035, the banks said.

"These unprecedented commitments have the promise to save hundreds of thousands of lives by cleaning the air and making roads safer; cutting congestion in hundreds of cities; and reducing the contribution of transportation to harmful climate change," said Joan Clos, executive director of U.N.-HABITAT, a U.N. agency focused on urban development.