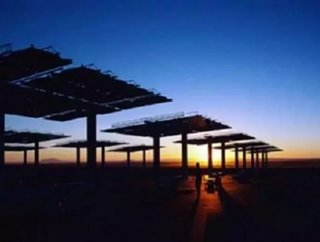 Stanford researchers have developed part of a better battery for storing solar energy that can work for 30 years without dramatically affecting perfor...

Stanford researchers have developed part of a better battery for storing solar energy that can work for 30 years without dramatically affecting performance. Using a new electrode that employs crystalline nanoparticles of a copper compound, it is able to survive 40,000 cycles of charging and discharging compared to a mere 400 cycles of an average lithium ion battery.

While most batteries fail due to the accumulated damage of an electrode's crystal structure as ions move in and out of the device, the new atomic structure of the crystals has an open framework that allows ions to easily move in and out without damaging the electrode. Using a water-based electrolyte, iron, copper, carbon and nitrogen, the materials used are also less expensive than those used in lithium ion batteries.

Ten Ways to Reduce Food Waste During the Holidays

Completed lab tests at Stanford showed that after the new electrode was able to survive 40,000 charging/discharging cycles, it could still be charged to 80 percent of its original capacity. Although a huge improvement compared to lithium batteries, the new batteries are still too large to be practical for anything other than a power grid and are only usable as a high voltage electrode.

One step closer to solving renewable energy power storage problems, the copper hexacyanoferrate has proven to be attractive for large-scale energy storage systems as a low-cost, excellent electrode performer. But before an actual battery can be built, researchers will have to find another material to use for the anode.