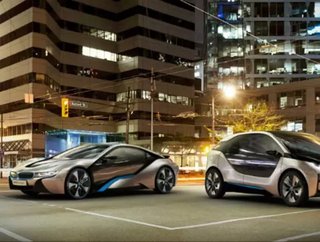 BMW showcased its i8 plug-in hybrid and i3 all-electric concept cars at the Los Angeles Auto Show yesterday. The i3 will become company&#39;s first p...

BMW showcased its i8 plug-in hybrid and i3 all-electric concept cars at the Los Angeles Auto Show yesterday. The i3 will become company's first premium electric car to come to market next year, while the i8 is scheduled to follow a year after.

Introducing the i8 and i3

The BMW i3, on the other hand, is designed more for urban living, expected to run for about $35,000 in 2013. With a horsepower of 170, the i3 can go from 0-60 mph in under 8 seconds and It will be able to travel 100 miles on a single charge, reaching a top speed of 93 mpg. Additionally, much of its interior is made from renewable material.

Developing the BMW i Series

Both cars will be wrapped in carbon fiber and will be produced at a plant in Germany, powered by renewable energy.