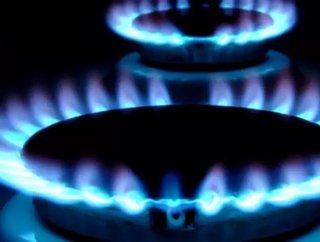 HyperSolar, Inc., the developer of a breakthrough technology to make renewable natural gas using solar power, announced yesterday that it has filed a...

"The sun is our greatest source of energy and a method to use this energy to make clean, renewable fuel is a very significant discovery," said Tim Young, CEO of HyperSolar. "We intend to focus all our energies and resources on commercializing this breakthrough technology."

Inspired by the photosynthetic processes that plants use to harness the power of the sun to create energy molecules, HyperSolar is developing a novel solar-powered nanoparticle system that mimics photosynthesis to separate hydrogen from water. The free hydrogen can then be reacted with carbon dioxide to produce methane, the primary component in natural gas.

"With global consumption projected to surpass coal in 2035, natural gas will be the next great fuel," continued Mr. Young. "From sunrise to sunset, our proprietary nanoparticles will work in a water based solution to produce clean and environmentally friendly renewable natural gas that can be collected for later use in power plants, industrial plants and vehicles - anywhere and anytime. With hundreds of billions of dollars already invested in natural gas infrastructure and trillions more dollars on the way, we believe natural gas as a primary fuel is a reality. However, the environmental risks associated with the extraction and usage of conventional natural gas is also a reality."

With hundreds of billions of dollars already invested in natural gas infrastructure and trillions more dollars on the way, natural gas as a primary fuel is a reality. However, the environmental risks associated with the extraction and usage of conventional natural gas is also a reality.

Using advanced nanotechnology, HyperSolar intends to eliminate the harmful aspects of extracting natural gas and preserve its existing delivery infrastructure and economy by fundamentally changing the source of natural gas from underground to above ground. The company intends to do this by creating natural gas above ground using sunlight, water and carbon dioxide, in a renewable and sustainable manner.

For almost a century, scientists have tried and failed to “split water” cost effectively to produce hydrogen and oxygen. This process does not produce oxygen (O2), which has no significant value and is an expensive and slow reaction. Unlike conventional electrolysis, where hydrogen and oxygen atoms are completely disassociated using a large voltage, these reactions use a very small voltage and only produce hydrogen (H2). By elegantly engineering the reaction kinetics toward H2 generation in conjunction with wastewater, the nanoparticles function as one-way machines that detoxify wastewater, and produce clean water and pure hydrogen in the presence of sunlight. No other energy source is required, making this an extremely economical and commercially viable approach to hydrogen production. The free hydrogen can then be reacted with carbon dioxide to produce methane.