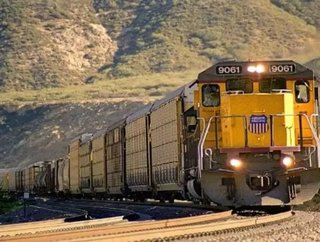 "The testing and analysis of these locomotives is part of an ongoing initiative at Union Pacific to develop and use technology in pursuit of emissions reductions," said Mike Iden, Union Pacific general director, car and locomotive engineering. "This effort is emblematic of our continued commitment to provide environmentally responsible freight transportation."

One locomotive in this series of 25 will be based in Roseville to test the combined use of exhaust gas recirculation (EGR), diesel oxidation catalyst, and diesel particulate filtering. In testing the combined benefits of these three technologies on one freight locomotive, this Union Pacific unit is the closest an Electro-Motive Diesel (EMD) locomotive has come to achieving Tier 4 standards. The move toward Tier 4 is made up of a 45 percent reduction in the oxides of nitrogen emissions compared to the current Tier 2 standard and an 85 percent reduction in particulate matter emissions based on preliminary analysis. Union Pacific and the California Air Resources Board will jointly analyze the emissions reductions capability of this locomotive over the next 18 months.

Nine of the experimental units fitted with the EGR technology are based in the Colton, Calif., area and will be tested through operations in the southern California region.

The remaining 15 experimental units will work out of Roseville for operations in northern California. These locomotives have the capability to be retrofitted with EGR and other emissions reduction technologies as testing progresses. The Proposition 1B – Goods Movement Emission Reduction Program is partially funding this set of locomotives.

Testing on all 25 locomotives is scheduled to last through 2014.