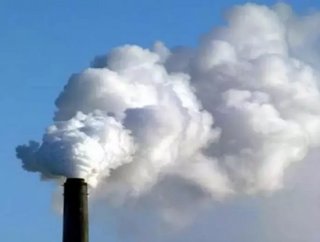 California&#39;s first pollution permits were sold out Monday at an inaugural auction, kicking off the state&#39;s landmark effort to curtail carbon e...

California's first pollution permits were sold out Monday at an inaugural auction, kicking off the state's landmark effort to curtail carbon emissions.

Some 23.1 million permits, each allowing for the release of one ton of carbon, were sold for $10.09 each, according to the California Air Resources Board (CARB). The sales opened up the largest carbon marketplace in the nation and second-largest in the world, after Europe.

CARB will not release specific figures on how many permits were bought by individual polluters, nor will it comment on bidding activity of each polluter. Although Pacific Gas & Electric couldn't comment on whether the company participated in the auction, PG&E's spokeswoman Blair Jones said that the company is “satisfied with the process based on what we've observed.”

The amount of bids submitted was three times higher than allowances available for sale—a robust turnout. Most allowances, around 97 percent, were purchased by companies regulated under the program, and the rest were bought by financial traders to sell later.

The California Chamber of Commerce has filed a lawsuit against the program, arguing that CARB does not have the authority to collect money for the state.

"California employers paid hundreds of millions of dollars for carbon credits during the first cap and trade auction last week. Instead of hiring workers, expanding production, or investing in new carbon-reducing equipment, these auction dollars will be distributed by government for other purposes," Dorothy Rothrock, vice president of the California Manufacturers & Technology Association said in a statement.

Some of the money collected will be used for residential utility ratepayers and small businesses to help offset an expected rise in their bills, while other portions of the funds will go towards various energy efficiency projects.