Canada Steers the Course for Innovation and Green Tech 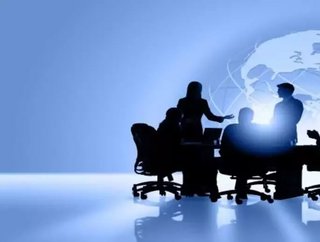 Click here to experience this article in our digital reader When it comes to adapting to the rapidly shifting trends of climate change, energy and re...

When it comes to adapting to the rapidly shifting trends of climate change, energy and resources, Canada has taken a particularly bullish approach to sustainable innovation. In Saskatchewan, one of the world's first and largest full production carbon capture facilities is underway, cleaning up important surrounding industries like heavy oil and coal. R&D centers across the country are doing unprecedented work in smart grid technologies, renewable energy, oil sands, and other energy sectors—work that could shape the future of many markets around the world.

Of General Electric's many research and development centers throughout Canada, its latest represents the first of its kind in North America, the Global Innovation Centre. Unlike the other centers GE has opened up across Canada, the facility will serve as a way to collaborate with clients across all sectors to develop solutions from expertise across the entire company. It will essentially leverage the company's global expertise, industrial breadth and technology to address the most crucial problems facing energy, healthcare, transportation and finance sectors.

“Canada is certainly a leader in innovation in the energy sector,” says James Cleland, General Manager of the Heavy Oil Solutions Group for GE Energy. “Developing the resources in Canada comes with a lot of challenges: remoteness, cold temperatures and the nature of reserves (heavy oil in particular). But Canadians are also very innovative and entrepreneurial, so we've been able to find ways to develop these resources that would otherwise be extremely difficult to do.”

One of the biggest challenges in developing those resources today, of course, is doing so in an environmentally responsible way, particularly in the case of oils sands, coal and other fossil fuels the economy relies so heavily on.

Within a matter of decades, energy demand will more than double at a rate the world will find difficult to keep up with. In the transition to using more sustainable forms of energy, carbon polluting fossil fuels will still have an important role in our daily lives. So how do we keep both those industries and the planet alive synonymously?

For some industries, carbon capture and sequestration is the answer, a technology used to prevent the release of large quantities of CO2 into the atmosphere by capturing the CO2 and pumping it into underground geological formations. Saskatchewan's full-service utility, SaskPower, is already working on a project to do so economically, selling a portion of the captured CO2 back into the market to be used for enhanced oil recovery. It's a pretty huge deal in the energy world.

Home to significant reserves of oil and some of the largest deposits of potash and uranium in the world, the location couldn't be more ideal. Since coal represents over half of the province's energy portfolio, “we have to start looking at plans to protect our coal fleet for the long term,” says SaskPower CEO Robert Watson.

The move goes beyond Saskatchewan, and Canada for that matter. With Hitachi, SaskPower is also building a carbon capture test facility at another plant where manufacturers from around the world will be able to come and test their post-combustion technologies.

“The expertise developed through this project will be relevant to coal fired power plants worldwide interested in post-combustion CO2 capture,” says Guy Couturier, Project Manager of SNC-Lavalin, a collaborating partner of the project.

“Not only do we have a lot of people interested in coming here to learn more, but we're also quite willing to let them come be a part of it and find out for themselves,” says Watson, epitomizing the tone of Canada's forward-thinking culture

In Alberta, R&D coupled with the ability to leverage the knowledge of experts in the field from around the globe is the next big step. As the oil sands industry faces a number of challenges, under intense public scrutiny, GE's Global Heavy Oil Centre will also be a core component of the new centre. Key stakeholders in the industry, GE's clients, industry associations, working groups, academia and the government alike will have a place to work together to find solutions to some of these tough challenges.

“We've been having a lot of dialogues in all sectors and believe that the key to real innovation is that kind of collaboration,” he says.

Although GE has research centers throughout the world, there's something different about the new facility—something to do with a larger trend occurring across the country.

"We view Canada as an important participant in the growth of the global economy," John Rice, Vice Chairman GE, said in a statement. "Alberta's position as a global energy leader, along with its entrepreneurial success, and commitment to research and innovation are key attributes that influenced GE's location decision."

Given Canada's current economy and vast experience in these industries (in some of the harshest environments in the world, nonetheless), the time is now. As the effects of climate change, such record breaking heatwaves and power outages become more and more prevalent, the planet has no time to waste.

Keith Triginer, President and EO of GE Energy, Canada, describes it as “the opportune time to drive an innovative approach to how we do business and how we address the challenges of the market and the industry.”