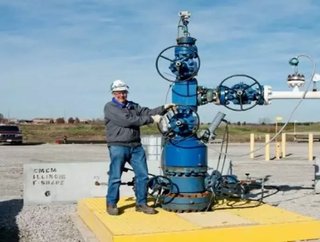 In an effort to curb climate change, renewable energy development and energy efficiency retrofits are only half of the equation in reducing the world...

In an effort to curb climate change, renewable energy development and energy efficiency retrofits are only half of the equation in reducing the world's dependency on oil, coal and natural gas. While the burning of fossil fuels will remain a central component of the global energy matrix for at least another hundred years, developing technologies to capture some of the pollution in that space will be just as critical as developing alternatives to replace them in the future.

As the American Association for the Advancement of Science convention wrapped up last month, specialists in carbon capture and storage (CCS) indicated that the technology can work on a global scale to cut emissions by 25 per cent over the next century. CCS will be especially critical in rapidly expanding countries like China, India and Russia, where coal-fired generation dominates. As the least expensive option in extending electricity supply to citizens in developing nations, coal is the most expensive option in terms of the environment, accounting for half of annual CO2 emissions globally today.

In nations that can afford the R&D like British Columbia, the provincial government has banned the development of coal-fired generation that does not include CCS technology. At the conference, developers from Canada, Germany and the U.S. presented some favorable results from the most current projects working on pulling CO2 out of smokestacks to be pumped deep underground for permanent storage.

Canada, in particular, is pioneering CCS technology through the Weyburn carbon storage project that has been underway for over ten years. CO2 from a 330 kilometre pipeline that connects the oil field of Weyburn Sask. to a coal gasification plant in North Dakota is transported and injected deep beneath Canadian soil.

“The potential storage is equivalent to removing eight million cars off the road for a year,” said Carolyn K. Preston, executive director of the Petroleum Technology Research Centre (PTRC), in an interview with Canadian Geographic. “That would be equivalent to the amount of emissions that are being injected and stored at Weyburn-Midale over their 35 years of operation. Over a million tonnes a year of CO2 are being injected into the reservoir…producing a greener, or cleaner oil. Not that the actual emissions of combusting that oil as a transportation fuel is any lower, but you actually offset that by storing CO2.”

According to Preston, the key will be coming up with solutions that keep using existing infrastructure as alternative renewable sources of energy gradually become more economically feasible. But even if the world were to shift entirely to green energy, CCS will still be needed.

"We still remain with CO2 from the cement, steel and petrochemical industries,” said Michael Kuhn of Hemholtz-Centre Potsdam, a carbon capture and storage project in Ketzin, Germany at last month's convention. “We have to deal with this CO2... and we won't get rid of it when we switch to renewable energies."

In the Ketzin project, CO2 is pumped 650 metres underground into saltwater or saline aquifer locked beneath an impermeable layer of porous rocks. Thus far, 58,000 tonnes of CO2 have been injected successfully.

In Illinois, geologists are hoping to learn a lot more about carbon sequestration by injecting one million metric tons of carbon dioxide into sandstone 7,000 feet into the ground. The Illinois Basin-Decatur Project (IBDP) represents the first large-scale sequestration effort in the US to use carbon from a biofuel production source, capturing and compressing 1,000 metric tons of gas per day. Thus far, 75,000 metric tons of CO2 have been stored at the site without difficulty.

"If you're going to achieve some of the reductions in emission by 2050 that have been set forth by international agencies, you can't come close to those targets without carbon capture and storage being a part of the process," Robert Finley, the director of the IBDP, told Environmental Protection. "For us to perfect this in a site that we believe to be safe and effective is very important. We can create a test case that demonstrates the best practices."

As we face exponential population growth over the next century, many populations remain with no access to energy or electricity. As demands for fossil fuels rise simultaneously to reduce energy poverty, the development of CCS technologies will be critical in curbing carbon emissions.

So why hasn't CCS been adopted worldwide?

The two major challenges the CCS industry faces are the high costs of capturing CO2 and the overall lack of confidence in the capacity, safety and sustainability of the process in deep formations. As geologists and scientists continue these promising projects, they will need to address those growing concerns.

"Several important issues must be resolved," said Sally Benson, director of the Global Climate and Energy Project (GCEP) at Stanford, in an interview. "For example, which kinds of geological formations will provide safe and secure storage? What monitoring methods can be used to provide assurance that stored CO2 remains trapped underground? And what can be done if a leak develops?"

According to Benson, in order to succeed globally, the technology will have to be applied on an international scale, and directly in the developing countries that are expected to become the world's largest consumers of coal-generated electricity.