Carbon Sciences to Focus on Hydrogen and Chemicals Market 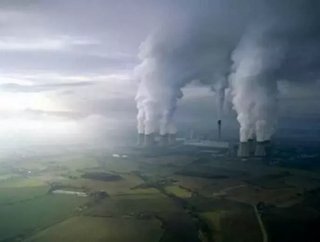 Carbon Sciences Inc., the developer of a breakthrough technology to make transportation fuels and other valuable products from natural gas, recently...

Carbon Sciences Inc., the developer of a breakthrough technology to make transportation fuels and other valuable products from natural gas, recently announced that it will add to its core technology by accelerating the development of a steam reforming version of its proprietary catalyst for use by existing synthetic gas (syngas) plants. There are more than 2,000 plants worldwide that use steam reforming of natural gas to make syngas for the production of large volume chemicals such as hydrogen, methanol, ammonia, solvents and detergent alcohols.

Byron Elton, CEO of Carbon Sciences, commented, "We are accelerating our development efforts to adapt our proprietary catalyst to meet the needs of this valuable market. By the end of 2012, we plan to demonstrate that our catalyst will deliver more output at a lower cost and will be an attractive drop-in replacement for existing steam reforming plants. The financial rewards are enormous. The current global hydrogen market exceeds $150 billion/year with methanol at more than $20 billion annually. The 2,000 existing steam reforming plants in the world usually replace their catalysts every 3-5 years. Many of these catalysts replacements cost as much as $5-$10MM."

Gas-to-liquids (GTL) technology, based on abundant and inexpensive natural gas, offers the best solution to meet the increasing demand for liquid transportation fuels. The GTL market is still developing and represents the company's most significant long-term market opportunity. Steam reforming of natural gas is the preferred method of producing syngas for small to mid-size GTL plants. Carbon Sciences is targeting this market segment as a drop-in replacement opportunity for the steam-reforming version of its catalyst.

Harnessing the Power of Biomass in the Midwest

The company continues to develop the dry reforming version of its catalyst that can be used with captured CO2 or high CO2 content natural gas to make syngas.

Elton, concluded, "The key to succeeding in these market segments is a catalyst that can reduce the cost of reforming natural gas into syngas, the most costly step in making products from natural gas. We believe we have that catalyst. Completing the development and demonstrating the value of our breakthrough catalyst is Carbon Sciences' highest priority in 2012."