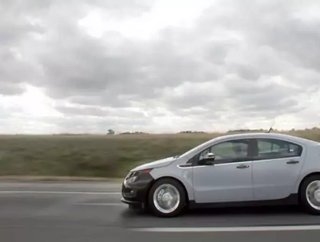 Automotive giant Chevrolet is investing up to $40 million in carbon reduction projects across the country over the next few years. Thus far, the compa...

Automotive giant Chevrolet is investing up to $40 million in carbon reduction projects across the country over the next few years. Thus far, the company is at 23,000 metric tons of carbon reduction, but the ultimate goal is up to 8,000,000 metric tons, or the equivalent of the carbon dioxide emissions that will come from the vehicles it plans to sell through the next year.

All based in the US, the projects will focus on energy efficiency (weatherization and building retrofits), renewable energy and planting trees. In Maine, Chevy is working with the Maine State Housing Authority in a carbon reduction program that will include the weatherization of 5,500 low-income homes over the next 5 years. To spread awareness, the company also promises to plant a tree for every person who plants a “virtual tree” on its Facebook page.

According to recent reports, Chevy will be working on a total of 16 similar projects across the country. Some of the contracts include replacing natural gas with renewable biomass in greenhouses, installing wind turbines for rural farmers, waste heat recovery at gas pipeline pumping stations and reforestation.

“We’ve chosen projects we believe will make a lasting difference in communities across the country. Progress is already underway, and we estimate it will take up to five years to achieve our initial goal. There’s still a lot of work to be done, but every project is a step in the right direction.” – Chevrolet

Investing millions in energy efficiency projects is always a good thing, but for a major automaker to launch a highly commercialized project, it's clear to be an act of saving face. GM recently launched its first fully electric car in over ten years with hopes that it will topple the popularity of the Nissan LEAF. After failing to hit its target sales of the Chevy Volt, the company is clambering to gain back its image of being a sustainable innovator.