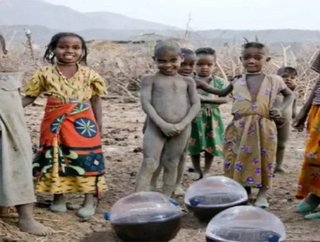 Click here to experience this article in our digital reader According to the World Health Organization, 1.6 million deaths per year can be attributed...

According to the World Health Organization, 1.6 million deaths per year can be attributed to unsafe water, poor sanitation and insufficient hygiene. Around the world, disputes over water, water scarcity and contamination and ecological degradation run rampant. At the heart of those problems lies the failure to provide the most basic water services for billions of people, along with the associated health issues that follow.

Today, 800 million people live under a threshold of “water stress,” according to UN Works. That number is set to rise to three billion in 2025, especially in Asia and Africa. In Jessica Yu's new documentary “Last Call at the Oasis,” unnerving statistics reveal that more than half of the world will lack access to adequate water by 2025. In the developed world, environmental activists and organizations are working together to spread the word, while celebrities like Leonardo DiCaprio make a statement by nearly giving up showering altogether to conserve water. As for the third world, however, where the water crisis is already taking effect, innovators are taking direct action through some remarkable technologies.

French technology start-up Eole Water is working on a wind turbine in the United Arab Emirates that can produce hundreds of liters of water daily from its dry desert air. Tests from the water maker systems (WMS) have already proven that the device is capable of flowing 500-800 liters of water per day through the process of condensation.

Researchers hope to scale up the technology to produce over 1,000 liters a day with a tower-top system. After producing ideal results in the prototype stage, it is believed that the technology would work even better in areas offshore or near the coast where there are higher humidity and wind conditions.

The turbine features a 13 meter diameter rotor with a 12-tonne nacelle housing a direct-drive permanent-magnet generator protected by sand-shutters, cooling compressors, stainless-steel humidity condensers, an airflow regulator and a heat exchanger. Eole Water's WMS1000 can turn a day's wind energy into as much as 2,000 liters of drinking water by drawing wind through air regulators, which are then heated by the turbine's generator to become steam. The steam is then compressed and the moisture condenses, allowing for water to cascade down pipes within the turbine and into stainless steel tanks for purification.

According to its tests, the water meets drinking-quality standards set by the World Health Organization after a five-stage process. The leftover 30kW produced by the turbine powers the purification system.

For the Middle East, where water shortage is a reality, the technology could prove to be particularly beneficial for remote communities.

One of the main challenges in the design was "to make the device more efficient than other products available, without making it too complicated, expensive, or technical," says Liow. The challenge now is to bring in funding to get the ball manufactured and distributed on a large scale.

For the rest of us in the industrialized world, paying closer attention to the amount of water used in our daily routine is a more realistic start. If that's not enough, offsetting your water footprint could be as simple as investing in some of the startups taking a more advanced approach.