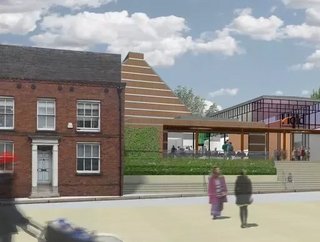 Connected Energy is set to install the E-STOR second life energy storage system at The Hold facility, on the University of Suffolk’s Ipswich campus...

The E-STOR will make energy use on the campus more efficient. Its system, which includes EV chargers, a critical HVAC and a PV, will form a controlled environment for archived materials, including those owned by Suffolk County Council.

Connected Energy’s CEO, Matthew Lumsden, said that the company’s position as an innovator in the second life battery market made its work at The Hold in Suffolk all the more difficult: “Leading the charge on the use of second life batteries meant we had to start developing systems based on a relatively small data set. But having run several systems though various duty cycles over the last few years we are now able to further optimise how the batteries are operated”.

Mr Lumsden also spoke about the energy advantages of using second life batteries over lithium ion ones: “Second life systems can have different objectives. The cost of the batteries is lower than for new lithium ion systems, so the degradation and overall cycle cost is lower. This means that duty cycles that are uneconomic for new systems can be viable for second life systems. The data-based design that has now been undertaken means we can more accurately optimise how the batteries are used within any duty cycle and better manage efficiencies and degradation.”

A representative of Suffolk County Council, Cllr Paul West, a cabinet member with responsibility for Heritage, commented that the new energy storage system will help the council to meet its objectives: “This work builds on Suffolk County Council’s own knowledge base on the operation of energy storage systems across its estate. It is also a significant move in driving down our carbon emissions, as the council aims to lead by example and be a net zero organisation by 2030, following our climate emergency declaration in 201