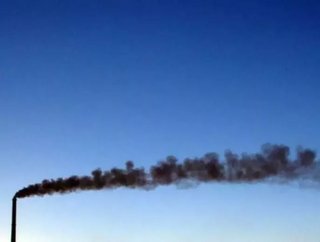 Written by Tom Woolley One last-ditch attempt to salvage CRC Having been inundated with negative feedback from businesses and industry groups, the Gov...

One last-ditch attempt to salvage CRC

Having been inundated with negative feedback from businesses and industry groups, the Government has at last softened its stance and indicated that it may finally be time to do away with the Carbon Reduction Commitment (CRC). Amid all the commotion surrounding the Budget, George Osborne said in no uncertain terms that unless major improvements to the scheme are made, CRC faces being scrapped later this year in favour of an alternative environmental tax.

Before the Chancellor gets his way though, the Energy Department has been given one last throw of the dice and has since released a new set of proposals that it hopes will win over companies and prevent CRC from being axed. The consultation document puts forward 46 detailed changes that will radically cut down on ‘red tape’ and slash administration costs by almost two-thirds according to the Secretary of State in charge, Ed Davey.

Over the years it has been hard to keep track of all the legislative changes to CRC, but in a nutshell it is a mandatory UK-wide trading initiative that was introduced in April 2010 with the aim of bringing down emissions from large public and private sector organisations. It was designed to incentivise companies to take up cost-effective energy efficiency solutions through the application of financial and reputational drivers.

Since its inception, CRC has however been a target for widespread derision and attacked for being overly convoluted and expensive. A succession of policy revisions have failed to get the critics on side and it has faced repeated calls for it to be abolished. Despite such a damning verdict from business leaders and industry, Government ministers have in the past always tried to play down the criticism.

The remarks made by Osborne about CRC were nonetheless pretty contemptuous, pointing to a rethink within Whitehall. In his Budget speech, the Chancellor dubbed the scheme ‘cumbersome’ and ‘bureaucratic,’ insisting as well that proposals would be brought forward in the autumn to replace it with a simpler green tax. When the top man at the Exchequer gives such a scathing assessment, there can be little doubt that the future of CRC rests on a knife-edge.

Businesses adamant that it must be scrapped

Osborne’s reproach was unexpected and certainly ties in with a general feeling of indignation towards CRC, but since the Budget the consensus has been that he should have gone all the way and announced its immediate dissolution. It seems that no amount of tinkering will be enough to satisfy the doubters or get the business community to endorse the scheme.

The last time we had a change in the rules, it was decided that the revenue recycling mechanism would be ditched and the money raised kept by the Treasury, so British firms could be forgiven for feeling less than optimistic when faced with yet more amendments to the policy. What was conceived as a revenue-neutral scheme morphed into a green stealth tax at the 2010 Spending Review and even environmentalists now concede that CRC does little more than top up public coffers.

It remains to be seen of course, but UK businesses are unlikely to suddenly be enthused by the latest push to simplify CRC and most would now just like to see the back of it – no matter how good the proposals. So if the reaction from participants is again unfavorable and the Government really is prepared to tear up the legislation and start over, then the energy efficiency scheme could well be on borrowed time.

Decision to scrap CRC will come down to cost

On the other side of the coin, it is clear that the decision on whether or not to scrap CRC will largely hinge on cost and if the Energy Department can prove that it can rein in the administrative burden then the Government might be inclined to keep it. As part of the latest attempt to simplify the scheme, Ed Davey claims that his 46-strong list of proposals will lower the cost for businesses by £250 million up to 2030, with that figure rising to £330 million if the public sector is included.

KPMG, the auditing firm charged with keeping tabs on the costs, declared recently that the administrative toll of the scheme will come to around £97 million in the first year and £172 million for the whole of Phase One. It varies significantly from business to business, but this means that on average participants are paying £15,500 a year, adding around five percent to the cost of carbon.

Based on KPMG’s figures, CRC is clearly a millstone that many UK companies can ill afford, especially in today’s economic climate. Crucially though the giant consultancy firm said that these costs would fall naturally, even if nothing is done to reform the scheme, as participants become more savvy when it comes to compliance. Cutting much of the bureaucracy will invariably bring costs down further, although it is unclear whether this will be enough to save it.

A retained CRC would be far less complex

The majority of businesses would undoubtedly prefer a straightforward tax, but the changes put forward by the Energy Department mean that CRC will at least be a lot less complicated if it is kept on by the Government. There are no nasty surprises this time around and the amendments would make an appreciable difference to the scheme’s participants. If agreed, the simplifications are due to take effect from Phase Two, starting in April 2013.

The number of fuels covered by the initiative will be reduced from 29 at present to only four and that alone will markedly lighten the scheme’s administrative burden. Companies will only be required to account for how much gas and electricity they use as well as gas oil (diesel) and kerosene when used for heating. The 90 percent rule will be dropped, removing another layer of complexity, and this will in turn eliminate the need for participants to compile a footprint report.

Alongside this, organisations will have to do less reporting and keep their records for a shorter length of time, whilst the overlap with Climate Change Agreements and the EU’s Emissions Trading Scheme will be reduced. A key downside as it stands is that companies cannot always take part in their natural management structures, so the rules will be tweaked to allow greater flexibility. There will be no cap on allowances and two-fixed price sales a year rather than auctions.

With the future of the scheme up in the air, the issue facing the Government is what to replace CRC with if it decides to do away with it. The energy efficiency program is expected to bring in an estimated £740 million to the Treasury in 2013/14 and an alternative green tax would have to be set up to replace the lost revenue. Other options will be sought and a final decision is expected in the autumn pending the outcome of the Energy Department’s consultation.

It is perhaps of little coincidence that the Government also put off a decision recently on whether or not to make it a legal requirement for all businesses to report on their greenhouse gas (GHG) emissions. Ministers were forced to make the announcement before the Parliamentary recess in early April after it became clear that they would miss the deadline set by the 2008 Climate Change Act.

The Confederation of British Industry has been arguing for some time that the revenue from CRC could be replaced by an increase in the Climate Change Levy paid by large energy users, whilst the introduction of mandatory carbon reporting rules would help keep the reputational aspect alive. If all public sector and private sector organisations are forced to submit data on their GHG emissions, a performance league table could be published similar to that in CRC.

The other school of thought is that CRC will be retained, but will be brought in line with new rules for voluntary GHG reporting for companies that fall below the 6,000MWh qualification threshold. The Energy Department has already taken a step in this direction with its proposal to move away from separate emissions factors for CRC, opting instead to use DEFRA’s standard GHG reporting guidelines. There is also the opportunity to bring the scheme more in line with Display Energy Certificates.

Tom Woolley is managing editor at The Energy Brokers, a leading energy consultancy specialising in procurement and risk management solutions for the industrial, commercial and public sector.