Despite the Smog, China is Improving More than Many Think 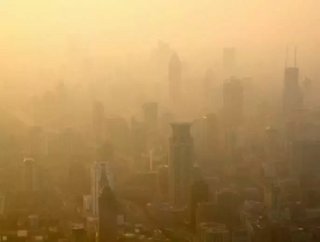 Air pollution is a serious problem affecting developing countries today, and a lead consultant from research and consulting firm GlobalData suggests that politicians and policy makers in emerging economies such as India and China face bigger challenges compared to their peers in developed economies.

China and India’s cities suffer heavy levels of pollution due to mass motor vehicle ownership coinciding with the use of coal as a popular domestic fuel and local power generation fuel. Modern transport has coupled with more traditional coal-fired energy production, and the air quality is suffering as a result.

Jonathan Lane, GlobalData's Head of Consulting for Power and Utilities, considers China’s current air pollution in relation to Britain’s industrial era. London’s worst smog, or pea souper, started on 6th December 1952, lasted for four days and is reckoned to have killed 12,000 in total. Lane states that, similarly to Beijing in the present day, London’s weather was partly responsible for the smog, but the problem was eventually fixed by the Clean Air Act of 1956 which enforced the use of smokeless fuels and relocated power stations outside of cities. He says: “Progress towards resolving the situation in the UK was relatively slow.

“It is useful to contrast this with the challenges that lie before Beijing and other Chinese cities today and the progress they are making in improving air quality. The popular view is that Chinese politicians display the same attitude as Macmillan – burning coal and maintaining lax environmental policies in order not to damage economic growth. There are clear signs, however, that attitudes and development have changed significantly.”

Lane states that natural gas is the key driver transforming energy consumption in Beijing, and identifies development in three major areas. Firstly, the conversion of coal-fired heating and electricity generating plants from coal to natural gas is nearing completion in Beijing, and will reduce air pollution significantly, as district heating plants must be located inside the city and therefore contribute to smog problems in winter. The availability of natural gas to household consumers is also rising, with Beijing having around 4.5 million domestic gas connections, representing around 60-70% of all households. In addition to this, Compressed Natural Gas (CNG) is now available in Beijing, and the market is expected to grow rapidly. CNG has far fewer particulate emissions than either petrol or diesel, and will therefore help Beijing reduce its air pollution significantly.

“Indeed, natural gas is growing rapidly across China as many cities look to reduce their pollution problems,” states Lane. “GlobalData estimates that at the end of 2011, there were 108 million domestic natural gas connections in China, showing an astonishing growth of 19 million over 2010. Alongside the growth in domestic consumption will come growth in natural gas for urban electricity and heat generation, albeit more slowly. This, alongside China’s burgeoning solar PV market, will clear Beijing’s skies more quickly than many expect, and perhaps more quickly thatn London managed.”

GlobalData is a leading global business intelligence provider offering advanced analytics to help clients make better, more informed decisions every day. Our research and analysis is based on the expert knowledge of over 700 qualified business analysts and 25,000 interviews conducted with industry insiders every year, enabling us to offer the most relevant, reliable and actionable strategic business intelligence available for a wide range of industries.