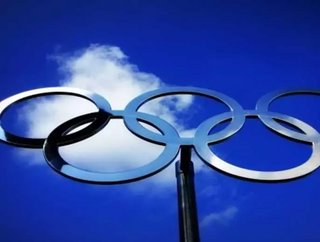 Today, the Commission for a Sustainable London 2012 provides immediate reaction on whether London 2012 has lived up to the bid&#39;s promise to host...

Today, the Commission for a Sustainable London 2012 provides immediate reaction on whether London 2012 has lived up to the bid's promise to host 'the greenest games ever'.

Highlights include: excellent transport infrastructure connecting East London to the world, a public transport Games that kept London moving, and six out of eight venues with confirmed legacy use. The Commission is particularly optimistic about the development of East London as a destination for businesses, new communities, investors and tourists. The long-term prospects for job creation could regenerate the area for generations to come.

Nonetheless, despite the Commission's recommendations to the organisers, the Olympic merchandise failed to show its sustainability credentials to shoppers. The failure to connect the waste and energy infrastructure together was a missed opportunity for East London. The lack of an on-time energy conservation plan meant energy has been unnecessarily wasted despite best efforts by LOCOG to rectify this just before the starting gun. Accessibility was partly hindered by misinformation regarding the Olympic Live Sites and a refusal to allow people to bring their own picnics to a public park.

Shaun McCarthy, chair of the Commission for Sustainable London 2012, says: "In my opinion, London 2012 has secured itself a gold medal for sustainability. However, to get a gold you just have to be better than everyone else and previous Games have not set the bar particularly high."

He continued: "An impressive amount of effort has gone into making the Games the most sustainable to date. London was first Games to think about legacy from day one. It was first to establish a body such as the Commission. But the race isn't over yet. The hard work continues if we are to ensure the presence of the Games continues to deliver wider benefits to communities, UK plc and future generations."

To capitalise on the success of the London Games, the Commission urges:

- Greater emphasis on sports participation through investment in community and school sport and a clear plan to tackle the current obesity crisis.

- The IOC to make independent assurance of sustainability mandatory for all future Games.

- The London Legacy Development Company to maintain a strong focus on jobs and employment to promote sustainable local communities.

- Olympic and Paralympic sponsors to actively contribute to sustainability outcomes not just for the duration of the Games, but in their wider business practices.

The Commission will publish a definitive report following its Games-time assurance programme in the autumn.

SOURCE Commission for a Sustainable London 2012