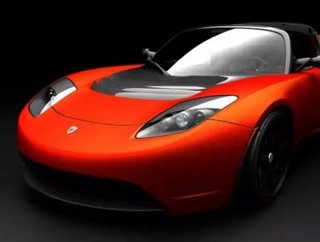 In the case of electric cars, public sentiment experiences cycles of both acceptance and rejection. The media, astroturfers, big oil and environmenta...

In the case of electric cars, public sentiment experiences cycles of both acceptance and rejection. The media, astroturfers, big oil and environmentalists alike are generating a lot of mixed information regarding the practical and commercial potential of an electric vehicle economy. Although the technologies are rapidly improving, the market is still in its infancy and buyers are skeptical of purchasing cars that will become cheaper and more efficient if they just hold out. So, is it worth buying one yet?

Cheaper to own, more to buy

In considering the amount of money that could be saved in fuel and maintenance, there's no argument that electric cars are already capable of tremendous savings over the course of their lifetime. An electric car is able to go about the same distance, using 80 cents of electricity, than a gas fueled car can on $4-5 of gasoline. So, even if the cost of electricity were to go up, it wouldn't be nearly as volatile or high as the price at the pump.

Electric motors are also up to five times more efficient than internal combustion engines. While 70 percent of the energy from a gallon of gasoline is mostly wasted in heat, 10 percent is used for the drive train and only 20 percent is actually used to power the vehicle. In an electric car, approximately 95 percent of the energy from its battery is used to move it forward. Additionally, no oil changes or tune ups are required. There's no engine, transmission, spark plugs, valves, fuel tank, tailpipe, distributor, starter, clutch, muffler, etc...

With most costing around $35,000 and up, many complain the initial price tag is still too high—and those prices won't come down until companies are able to truly mass produce them. The government's $7,500 rebate has been rollbacked to next year, which should help bring electric cars down to as low as the mid $20,000 range. In the end, it's still cheaper to buy electric if the customer is buying new.

The electricity an electric car consumes is not only cheaper, but has the potential to increase domestic energy security while decreasing carbon emissions.

“It keeps the energy in the country,” says Chris Payne, director of Revenge of the Electric Car at a film screening. “Even if we're burning coal, the money stays here and it turns around to create jobs.”

The electricity consumed in the US also has the capability of getting much greener and utilities are already moving towards incorporating cleaner energy sources into the grid. Coal is currently the number one source of electricity generation in the country and has been growing every year until up to about two years ago when some 40 new coal plants were denied permits. According to the last report from the Energy Information Administration, coal is coming down and is now below 55 percent of the country's total energy source.

Every vehicle that is currently on the road is made up of lead acid batteries that get changed out every three years on average.

“This could be one of the biggest streams of toxic waste going out into our environment today, but because of the efforts of a lot of people, it is one of the most highly recycled products in the world today,” says Mike Kane of Plug In America. “About 97 percent come back or are recaptured.”

If that's already happening with current batteries, there's no reason it wouldn't with electric car batteries, especially since the cost of materials used to make them is a lot more expensive and valuable than lead. The lithium batteries many cars are coming out with now are even more valuable, and companies like Nissan are starting to use them for second life applications like backup power supplies for hospitals or schools.

“Thus, it's very unlikely that disposal or recycling of batteries is going to be a major problem,” says Payne.

In the bigger picture, getting the public on board is going to require changing the image of electric cars, which have not exactly been known for their sex appeal. Fortunately, automakers like Tesla Motors, BMW and others have already started creating electric luxury vehicles and sports cars to help curb the lack of variety on the market. Of course, those models could run anywhere from $50,000 to $450,000. As for the rest of the public, the battle will remain focused on the economics of owning and operating electric when they go to buy a new car—but we're getting there.