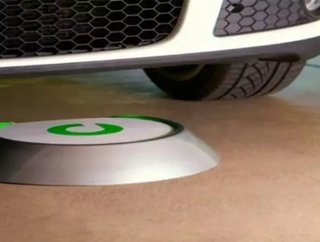 Click here to experience this article in our digital reader Just like CDs, VHS players and cell phones without internet, are the days of pumping our c...

Just like CDs, VHS players and cell phones without internet, are the days of pumping our cars with dirty fossil fuel bound to become obsolete? You have to admit, it's a bit inconvenient and prices of oil aren't exactly cheap. The rate at which the iPod generation is experiencing technology advance is so unprecedented that electric vehicles are embarking on a modern renaissance as battery technologies rapidly improve along with transportation infrastructure and charging systems. Plugging E.V.s in at night may even become a thing of the past. Soon, EV owners will be able to drive to work everyday without ever having to stop at a gas station or think twice about recharging when pulling back into the garage at night.

Wireless charging for EV's is becoming a hot space as the conveniency factor weighs in. Some products on the market include WiTricity from MIT and HaloIPT from the University of Aukland, New Zealand (now under Qualcomm). A company called Evatran is also deploying its own Plugless Power technology, with a heavier focus on commercialization of the technology. Compared to the universities, Evatran believes its system has a few advantages coming from the industry side of development.

“We have what we believe to be the most lightweight components that go on board the vehicle, which is very important for integration for automotive manufacturers,” says Evatran's energetic 20-something Chief Operating Officer, Rebecca Hough. “We have full intention of bringing this product to market, so we believe we should have first market advantage.”

Of course, as with anything, the price of conveniency does come at a slightly higher premium. However, Hough says the difference is comparable to about the price of a cup of coffee once a month, or just a few bucks.

“You're still paying just about four cents per mile for electricity versus about 12 cents for a gasoline-powered car, so the monthly costs of charging your EV remains very low by comparison,” says Hough.

Charge time is not affected with Plugless Power, but there is a small drop in efficiency compared to plug-in systems. Traditional systems before installation typically range in price from $700-$2,500 (uninstalled), Plugless Power coming somewhere in that higher price range. As the company scales up, however, those prices will drop.

Evatran plans to start production of the system by the end of 2012 after going over the feedback it gets from a few trial phases underway with the likes of Google, Hertz rent-a-car and Duke Energy. Because the Nissan Leaf and Chevy Volt are the market's hottest E.V.s in terms of production quantity, they'll be the first adopters.

The waiting lists are open and EV advocates are excited for the new technology that is sure to also help the case for going electric.

“Just like the customers that jump onto every new Apple product, a lot of early adopters of E.V.s just want to be the first with the technology,” says Hough. “We believe this is another product that will bring back a lot of excitement to electrical vehicle ownership.”

Of course, plug-in charge systems will still have a place in the public space, whereas wireless systems are more intended for residential use initially. For those owners, gas stations and having to remember to recharge at night will become so oldschool.

“You're simply using your vehicle without have to do anything at all,” says Hough.