An Electric Sports Car for the 1% 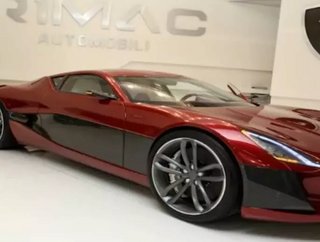 Introducing the $980,000 Rimac Concept One electric sports car&mdash;the world&#39;s most elite, luxurious electric vehicle to date. Available to only...

Available to only the 88 drivers willing to pay nearly $1 million, the Concept One boasts a 92 kilowatt hour LiFeP04 battery system with a range of over 370 miles, competing against the likes of Tesla Motors. Sporting a 1,088 horsepower output and 250 kilowatt electric motors for each wheel, the Concept One is far from your father's electric car.

With some special tires from Vredestein, Rimac guarantees that the car has superior road handling and performance, operating well at top speeds.

Last year, the Croatian-built electric supercar was reported at being capable of going 0 to 60 in just 2.8 seconds. Back again today, the car was showcased at Top Marques Monaco, one of the world's most exclusive car shows, reported Wired.