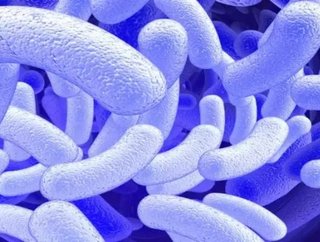 Researchers at the University of California, Los Angeles, have developed a new bioreactor capable of storing electricity as liquid fuel with the help...

Researchers at the University of California, Los Angeles, have developed a new bioreactor capable of storing electricity as liquid fuel with the help of a genetically engineered microbe.

The federal agency funding the research calls the technology “electrofuels.” If all goes well, the hybrid bioelectric system could offer a more efficient way of turning sunlight into fuel than growing plants for biofuel.

UCLA chemical engineer James Liao and his colleagues reported on their "integrated electro-microbial bioreactor" in Science on March 30.

By tweaking the genetics of Ralstonia eutropha, a soil microbe that can use hydrogen as an energy source to build CO2 into more microbrial growth, the team has come up with a microbe that can now churn out butanols, or liquid fuel. What's more is that the bioreactor sources its electricity from a solar panel. When the current flows into an electrode in the bioreactor, a chemical reaction begins between water, CO2 and R. eutropha. Using CO2 to make formate-carbon dioxide, the genetically engineered microbe then consumes the formate to yield butanols and CO2 as waste product, which can be recycled back through the process.

With the power of a photovoltaic panel, the bioreactor produced 140 milligrams per liter of butanol fuel within 80 hours. Although the hybrid process broke down after that time frame, the team believes that this same approach can be used to produce other kinds of fuels or chemicals.

However, much research is still needed. Although the bioreactor and its electrofuel are novel ideas, the DoE's Advanced Research Projects Agency does not think it will be commercially viable in the long run. What interests researchers more will be the outcome of more similar projects and determining whether electrofuels will ultimately have an impact or not.