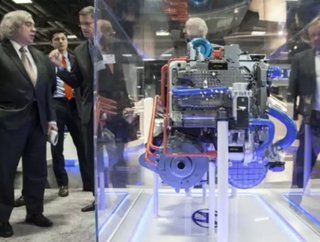 [email protected] Make sure to check out the latest issue of Energy Digital magazine At the Washington Auto Show on Jan. 22 U.S. Energy Secretary Er...

At the Washington Auto Show on Jan. 22 U.S. Energy Secretary Ernest Moniz announced nearly $50 million to accelerate research and development of new vehicle technologies that give drivers and businesses more transportation options and protect the environment in communities nationwide.

This new funding includes support for the Energy Department’s EV Everywhere Grand Challenge, a broader initiative launched in March 2012 to make plug-in electric vehicles (PEVs) more affordable and convenient to own and drive than today’s gasoline-powered vehicles within the next 10 years.

“Today, the American auto industry is on the rise, experiencing the best period of growth in more than a decade. The new research and development funding announced today will help support our domestic automakers’ continued growth and make sure that the next generation of advanced technology vehicles are built right here in America,” said Moniz.

With support from the Energy Department, U.S. automakers, universities and national laboratories have achieved significant advances in vehicle efficiency and electrification, including cutting the cost to manufacture advanced electric vehicle batteries by 50 percent over the last four years.

Building on these advancements, the funding opportunity announced this week will support a wide range of technologies that further cut fuel costs for drivers and help make vehicles more efficient and durable, including lightweight materials; cost-effective batteries and power electronics; advanced heating, ventilation and air conditioning systems; and improved fuels and lubricants.

'Toyota Car of the Future' debuts