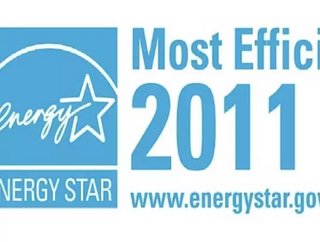 Since the early 1990s, the Energy Star certification program has made consumer electronics and appliances more energy efficient, and the Energy Star logo has become internationally recognized as the symbol of an eco-savvy consumer.  Originally implemented by the U.S. Environmental Protection Agency (EPA) and Department of Energy (DOE), the program quickly gained ground in Australia, Canada, Japan, New Zealand, Taiwan and the European Union.  Now the EPA is raising the bar on the energy star program, and implementing its highest ranking, simply called, “Most Efficient.”

In 2010 alone, the EPA and DOE calculated that American consumers saved $18 billion on energy bills by using Energy Star products.

The new Most Efficient category for the Energy Star certification will apply to the top five percent of products in each given category according to a set of new criteria.  The first categories that will be part of the new ranking are clothes washers, heating and cooling appliances, furnaces, televisions and refrigerator-freezers.

“This new designation will help Americans save money and cut pollution by quickly pointing them to the best Energy Star products have to offer,” says EPA Administrator Lisa Jackson.  “Highlighting Energy Star’s Most Efficient products is a great way to encourage the strides in innovation that bring even more energy and money saving choices to our stores. We know American consumers are eager to make purchases that save them money on their utility bills and reduce the pollution in the air we breathe, and these labels will help them identify the best ways to find those purchases.”