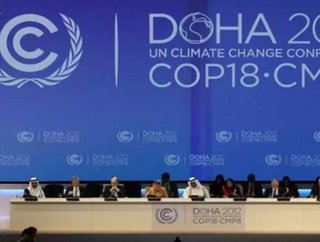 As the UN climate talks come to a close, rich and poor countries continue to argue over funding issues to help the developing world deal with the cost...

As the UN climate talks come to a close, rich and poor countries continue to argue over funding issues to help the developing world deal with the costs of mitigating global warming.

Reminding rich nations of the general pledge made three years prior, the developing world is asking for a commitment from the first world to scale up climate change aid to $100 billion annually by 2020. Without that commitment, those countries are unwilling to commit to specific [costly] emissions targets.

For the most part, talks have been held back by financial concerns since they started last week in Qatar.

"The tone of the negotiations is extremely sour now," said Greenpeace international leader Kumi Naidoo, according to the Associated Press.

Rich nations are unwilling to commit to specific financial target due to the current economic climate.

"We underscore the need for a goal for 2013-2015 in order to avoid a gap and ensure sufficient financial support for developing countries," Chinese delegate Su Wei told the conference.

Although the US never joined the Kyoto Protocol, an emissions reduction pact for rich nations, governments have agreed to create a wider deal that would include all countries by 2015.

The World Bank recently projected that global temperatures will rise 7.2 F by the year 2100.

"There is a huge lag between the international policy response and what science is telling us," U.N. climate chief Christiana Figueres told the Associated Press. "We know that science tends to underestimate the impacts of climate, and so if anything, that gap continues to grow."