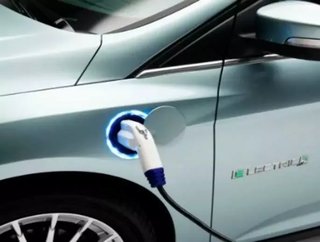 In the full US launch of the Ford Focus Electric next month, Ford has adopted a &ldquo;de-risk&rdquo; plan to rollout the new model. Using an innovati...

In the full US launch of the Ford Focus Electric next month, Ford has adopted a “de-risk” plan to rollout the new model. Using an innovative “build-to-order” approach similar to that pioneered by PC manufacturer Dell, Ford dealers across the country will show customers a demonstration vehicle and then allow for the car to be ordered and received within four to six weeks.

"We've taken a different approach to other EV manufacturers in that we are producing the Focus EV on the same production line as the gas, hybrid and plug-in hybrid versions," Mike Tinskey, director of vehicle electrification at the auto giant, told BusinessGreen. "There are simply too many variables impacting the market that we have no control over, so this gives us real flexibility. If the price of crude rises and demand for EVs climbs we can produce more EVs and fewer gas vehicles."

The Ford Focus Electric boasts about 100 miles on a full charge and can reach speeds of up to 84 miles per hour. Compared to other electric vehicles, the car offers faster charging times, delivering a full charge in just over three hours.

The company is also working with strategic partners to improve other areas of electric car purchasing. With SunPower, Ford can offer a solar array system alongside the car that could provide enough electricity to drive 15,000 miles annually for the price of less than $10,000 with a 25-year warranty. There is also a mobile app, made available with the help of Microsoft, to show users data on the car's battery, local recharging infrastructure and the driver's performance.

The nationwide rollout will begin in summer after initially targeting dealers in New York, New Jersey and California.