Ford Teams Up With Google for Smart Car 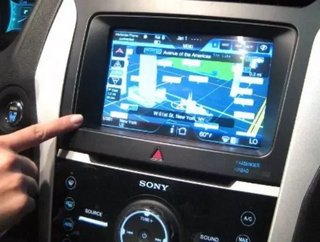 Ford has been spearheading the green car movement in the U.S. in an unprecedented fashion that most wouldnt have anticipated even just ten years ago...

Ford has been spearheading the green car movement in the U.S. in an unprecedented fashion that most wouldn’t have anticipated even just ten years ago.  But in response to near-bankruptcy in the 2008 economic crash, the car giant has bounced back by responding to the market demand for more fuel-efficient green automobiles.

Part of making fords vehicle fleet more efficient means upgrading the software packages that serve as the “brains” in ford automobiles.  The introduction of the MyFord Touch software platform helps customers interact with their vehicle like never before, integrating intelligence with practicality.  Now, Ford plans to give its MyFord Touch software a boost by teaming with Google to create the ultimate smart car.

The Google Prediction API software is designed to increase the intelligence of ordinary smart apps, such as those downloaded for smartphones and tablet computers.  Prediction API features learning algorithms that analyze data history, making it possible to predict likely future outcomes.

Ford seeks to integrate Google’s Prediction API software in with its MyFord Touch platform to make its cars and trucks even smarter.  The goal is to use the converged software to help drivers find the most efficient routes based on variables like distance, time, fuel usage, etc.  The software will also help electric vehicle owners find charging stations, and may even feature accident avoidance technology to steer the car in the right direction if it detects a potential accident.