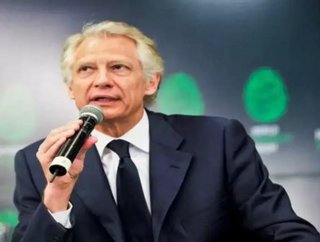 "You are the country of the possible, and Amazonia can become a model of sustainable development to create economic opportunities," he said. Villepin praised initiatives adopted by Brazil, such as Family Welfare Grants (Bolsa Familia), and the creation of national parks, and spoke up for regional partnerships between Brazil and Europe.

The event is sponsored by LIDE – Grupo de Lideres Empresariais (Group of Business Leaders), and produced by XYZ LIVE.

"We must overcome divisions and conflicts, and establish a common plan to protect reserves of water and sources of energy," he said. "We need a strategic partnership between Brazil and the European Union." The former prime minister also emphasized Brazil's role of mediation and leadership in Latin America. "You are the ones who are most interested in the continent, and for that same reason, you have the greatest responsibility: to bring about unity among the countries of the continent." To Villepin, Latin America has never before been so united moving in the same direction.

He pointed out that decisions on sustainable development are to a great extent in the hands of emerging countries, and that they must choose between confrontation and cooperation; between leadership and imitation.

Next, Kumi Naidoo, executive director of Greenpeace, gave a talk on "Companies' responsibility for their environmental footprint." He made an appeal to businessmen and Brazilian government officials to act together with environmentalists on solutions that make possible both sustainable development and economic growth that fosters job opportunities for everyone. "We can break down the dichotomies that have divided the world up until today, since climate change has consequences for us all. We must act as a global family, because if we do the wrong thing, all of us will suffer, and the impacts will be devastating."

To conclude the discussions, former Minister of Agriculture Roberto Rodrigues gave a talk on "Prospects for low carbon agriculture in Brazil". He emphasized the initiatives of academe, particularly the Embrapa (Empresa Brasileira de Pesquisa Agropecuaria (Brazilian Agricultural Research Institute), to improve the productivity of Brazilian agriculture with good environmental practices.