Gaining control of the essence of energy--the electron 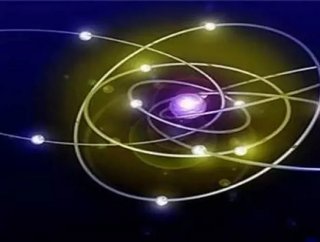 Entrepreneur Justin Hall-Tipping questions the notion of &#39;normal&#39; in terms of energy and how that can lead to some extraordinary breakthroughs...

Entrepreneur Justin Hall-Tipping questions the notion of 'normal' in terms of energy and how that can lead to some extraordinary breakthroughs. In his recent presentation at TEDGlobal 2011, Hall-Tipping describes how we can generate, use and store energy right from where we are. As both energy and water pose the most significant challenges to future global demands—especially in the developing world—Hall-Tipping believes he has found the answer in the simple electron.

When you think of carbon as a material, you generally think of it as black in color. At the nanoscale, however, things work and act very differently than the way we normally see them. At the nano-level, carbon is actually transparent and flexible.

In an experiment, Hall-Tipping discusses taking graphite, the most stable form of carbon, and blasting it with a vapor. When the vaporized carbon condenses, its form changes and it actually becomes a thousand more times conductive than copper. How is that possible? Again, elements act and appear differently at the nano-level.

What if we didn't have to rely on artificial light to get around at night?

In combining two nano-materials, a detector and an imager, it's possible to take all the infrared light at night and convert it in the space of the two small films. Hall-Tipping says this enables you to “play an image that you can see through by taking infrared wavelengths and converting them into an electron.”

“Suddenly, you've converted energy into an electron on a plastic surface that you can stick on your window, and because it's flexible, it can go on any surface whatsoever,” he says.Therefore, “the power plant of tomorrow, is no power plant.”

Unfortunately, Hall-Tipping says that the best thing we have going in terms of storing energy is the lead acid battery in terms of dollars per watt stored.

E-box, however, is testing new materials that allows you to essentially park an electron and hold it until it's needed, enabling the generation of clean, efficient and cheap energy onsite. “If you don't need it, you can convert it back up onto the window and beam it onto another place,” Hall-Tipping says. Therefore, “the grid of tomorrow, is no grid.”

Hall-Tipping is optimistic that clean, efficient energy will one day be free. And if this can be accomplished, “you get the last puzzle piece, which is water.”

As water supplies diminish—as they already are in some parts of the world—we will have to turn to the ocean, which will require some $19 trillion of investment in desalination plants. These also require tremendous amounts of energy, or twice the world's supply of oil, to run the pumps to generate the water, according to Hall-Tipping.

“We're simply not going to do that,” he says. “But in a world where energy is freed and transmittable easily and cheaply, we can take any water wherever we are and turn it into whatever we need.”

Hall-Tipping believes these developments can remedy the cause of deaths of millions lacking clean water. And in order to change this, the answer is “to be able to get exquisite control over a building block of nature, the stuff of life, the simple electron.”