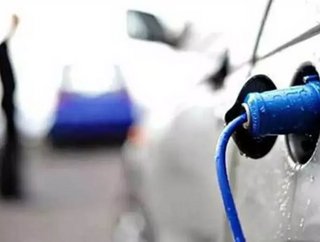 By Germany Trade &amp; Invest Berlin wants to expand its role as the showcase metropolis for electromobility. The charging infrastructure within the c...

Berlin wants to expand its role as the showcase metropolis for electromobility. The charging infrastructure within the capital is to increase from 100 to 300 by 2013 and to 800 by the end of 2015. The Berlin senate has released a corresponding EU-wide tender. Germany Trade & Invest will attend this year's "The Battery Show" in Detroit from November 13 to 15 to present the industry's latest prospects and developments.

An increasing number of municipalities have consulted the Federation of German Industry for Electromobility for information regarding the advantages and savings potential of electric cars - a clear signal to the industry that the topic of electromobility will remain of importance.

"There is certainly a lot to do, but the trend lines show that if conditions are right, electromobility in Germany will become more than just a short-term hype. Two recently passed laws that offer tax incentives to buyers and users of electric cars will come into effect in 2013," said Stefan Di Bitonto, electromobility expert at Germany Trade & Invest in Berlin.

Due to the high purchasing cost of an electric or hybrid vehicle, there will be a future taxation reduction for company cars used privately. As the battery system usually accounts for a significant portion of the price, the costs will be subtracted from the taxed sum of the total car price. Moreover, all pure electric or fuel-cell vehicles are exempt from the motor vehicle tax for the next ten years.

The private sector is also interested in the use of more economical and low-emission vehicles. "Some companies are intent on converting parts of their fleet vehicles to plug-in hybrids or electric cars in order to test them in a working environment. An example of this is the German Post (DHL) who has recently announced their second testing phase of 50 electric cars developed specifically for letter and postal delivery.

Germany Trade & Invest is the foreign trade and inward investment agency of the Federal Republic of Germany. The organization advises foreign companies seeking to expand into the German market. It supports German companies that seek to enter foreign markets, with foreign trade information.