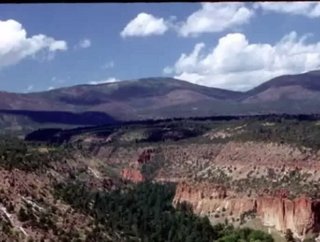 Written by Jonah Heller Rural New Mexico is home to a number of empty old ghost towns. Once growing communities, today they&#39;re nothing more than a...

Rural New Mexico is home to a number of empty old ghost towns. Once growing communities, today they're nothing more than a monument to bygone times of the Wild West. With a typical population consisting of spiders, lizards, and the occasional deer, these abandoned cities are hardly the picture of modern innovation.

But one Washington based technology firm is looking to change all that, by constructing a brand new $200m “ghost town”. Once complete, the town will cover 20 square miles and have all the infrastructure, buildings, roads, water, and energy to support a population of 35,000 people.

While nobody will actually live in the town, The Center for Innovation, Testing, and Evaluation (official project name), will be a fully functional, life-sized, simulated 'smart city' test environment.

Private organizations, government agencies, universities, and the like will utilize the center as a testing ground for emerging technologies like smart power grids, next generation wireless networks, and intelligent traffic systems.

Bob Brumley, CEO of Pegasus-Global Holdings has said, “The idea for 'The Center' was born out of our own company's challenges in trying to test new and emerging technologies beyond the confines of a sterile lab environment.”

Some likely tests could include the effectiveness of rooftop solar panels when a thermostat is set to 68°F versus 78°F, or how well the same solar panels perform on a shady lot in comparison to a sunny one.

While the center will undoubtedly be the most talked about “ghost town” in New Mexico, it's surprisingly not the only project of its kind. A firm called Living PlanIT will attempt to take the 'smart city' concept countless steps further. Designed for total control of all systems from one central computer, PlanIT Valley is a $19b development slated for construction in southern Portugal, which will accommodate both residents and scientists alike.